The flagship scheme to address youth unemployment has been hamstrung by red tape and low demand, but is still "really positive for our sector". 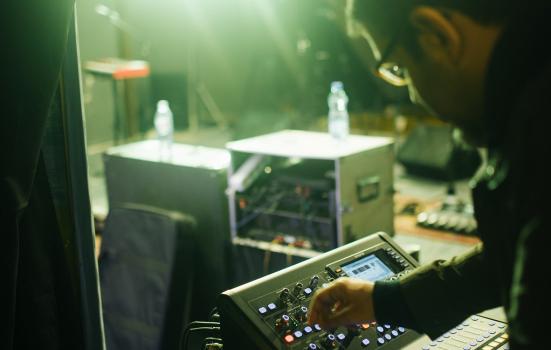 Just over half of creative job placements under the Government's £2bn Kickstart scheme have been filled.

Lower than expected demand and confusion about how the roles could be advertised has meant a slow start for the initiative, quickly established in September 2020 to offer six-month paid placements to 18 to 24 year olds eligible for Universal Credit.

According to the Department for Work and Pensions (DWP), 10,000 of of 17,780 creative and media Kickstart vacancies (56%) had been filled as of November 25. However, this number does not include roles that were withdrawn by the employer or removed by the department because they weren't filled in time.

It's the fourth highest rate of unfilled vacancies after administration, retail and sales, and hospitality and food roles, a report from the National Audit Office (NAO) found.

The extension of furlough in October 2020 blunted an anticipated surge in youth unemployment - up 5% on pre-pandemic levels - and the second and third lockdowns reduced employers' demand for Kickstart participants.

But take up among those already receiving Universal Credit has been lacklustre, with the number of young people receiving payments for more than a year trebling since the pandemic began.

"DWP has limited assurance that Kickstart is having the positive impact intended," Head of NAO Gareth Davies said, casting doubt the scheme offers value for money.

"It does not know whether the jobs created are of high quality or whether they would have existed without the scheme."

Creative & Cultural Skills which runs Creative Kickstart, a subset of the wider programme, said it has filled 125 of the 500 placements it initially aimed to secure this year and is currently advertising about 130 more.

"We expect [placements] to increase to over 400 by March 2022," Director of Partnerships and Delivery Robert West commented.

A spokesperson added: "As we have all seen, the sector has taken longer than anticipated to get back on its feet. The extension of Kickstart to 31 March is really helpful, as it has created the window cultural organisations need to fulfil the placements initially forecast."

The Government says it acted "quickly and decisively" to establish Kickstart amid fears youth unemployment would double.

“The scheme has already delivered over 100,000 new life-changing jobs for young jobseekers on Universal Credit who were at risk of long-term unemployment and will continue to deliver opportunities for young people.”

DWP estimates Kickstart will return up to £1.65 for every £1 invested - if participants go on to work paid jobs that would not have been created otherwise.

Josh Aitman, Co-Founder of independent radio station Melodic Distraction, has hired one of his Kickstart workers.

He said the scheme was "really useful, because we sould take on employees at a time when we couldn't necessarily afford them".

"My hope was always that there would be people we would take on permanently."

He will welcome two more Kickstart participants in January, but these will only be temporary placements akin to a paid work experience.

"I guess it's using the scheme to help upskill people to get more professional full-time radio jobs while supporting us."

Aitman said it's taken about two-and-a-half months to fill positions. There was confusion initially over having to advertise the roles through DWP so in its haste to bring people on, the station promoted the placements online and on air before redirecting applicants to job centres.

"There was never a straighforward answer and in the end we were like, well, we need to do this.

"It was a tiny bit convoluted but it acutally worked out quite well for us. It's been a really positive experience for us."

The number of young people starting Kickstart jobs "fell a long way behind" what DWP planned.

The NAO's report said it has generally taken several months to fill roles and that employers had sometimes received no referrals or had their vacancies removed from the system without warning.

Though Kickstart was not designed to tackle disadvantages faced by particular groups of young people, DWP asks its work coaches to target those most likely to benefit.

Across all sectors, 28% of Kickstart participants are from an ethnic minority group - five percentage points higher than Universal Credit recipients as a whole - but a lower proportion are on disability benefits than the wider population (1% versus 3.3%). Figures specific to creative roles are not available.

However, the NAO says DWP should investigate why people who are eligible for the scheme aren't applying, consider what it can do to address any barriers, and potentially provide further support.

"The department does not specify what employability support or training employers must provide and does not routinely collect data on what they actually provide," the office noted.

Aitman said whilst he's had success using Kickstart, he knows other creative businesses in Liverpool that haven't received any applications for Kickstart roles.

Surmising that there are few paid entry-level jobs in music outside the scheme, he said it could nonetheless be improved by having "clearer timelines from start to finish" and giving employers more resources to prepare participants for the workforce.

"Obviously we want to make sure those people, whether they carry on with us or don't carry with us, that they have the skills to succeed."

There are many 'good news' stories about Kickstart which are getting washed away in the tide of concern about the programme. Here at the Mighty Creatives, we have filled 371 roles so far through our Mighty Employers programme, over 70% of which are in the creative sector - and there are many, many great outcomes and stories to hear about. The challenge stems from the programme being established quickly, and not being given the chance to bed in and establish itself properly. The Future Jobs Fund programme suffered from a similar lack of nerve at a critical point in its development and its a shame to see that Kickstart is heading the same way.