About £6m has been committed to give unemployed young people a foot in the door of the arts and cultural sector. 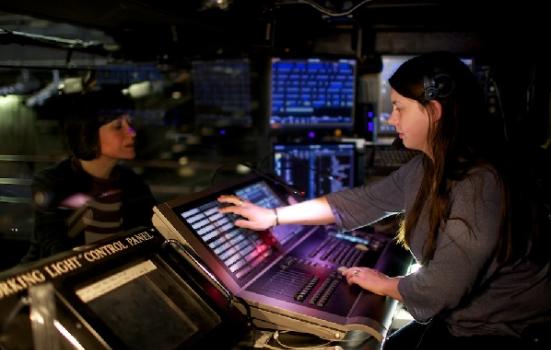 An apprentice from a previous scheme administered by CCSkills

Hundreds of young people whose employment prospects have been decimated by the pandemic will be taken on in paid entry-level creative sector roles.

At least £6m has been committed for Creative Kickstart, a sub-programme of the Department for Work and Pensions' (DWP) broader £2bn Kickstart scheme.

The funding covers the costs of six-month work placements of up to 25 hours a week, which can start any time between now and the end of 2021. Placement organisations will receive a £1500 stipend for training and on-the-job costs; the 16 to 24-year-old apprentices get at least the national minimum or living wage.

Creative & Cultural Skills (CCSkills) will act as a gateway organisation, placing 568 Job Centre applicants into on-stage, offstage and back stage roles in theatre, music, design, fashion and other creative industries.

"We wanted to put in a bid so we can support employers who couldn't do that themselves."

Altogether, it aims to place about 750 young people with creative organisations this year.

CCSkills initially bid for 1500 roles: 750 organisations had already registered their interest by October; the rest of the roles were speculative.

There have been delays. The first 568 roles were meant to be approved in November, and DWP is yet to decide on a second group of cultural organisation applicants.

"We have had employers waiting all that time," Lund said.

"Now that we're a gateway organisation we are able to put forward future bids if we want," Lund said.

"We hope that within the next few weeks we will hear about the second group that, for some reason, had to go back for more information.

Jane Ide, CEO of CCSkills, said: “Whilst there are some employers who may not have had their placements supported, we can certainly celebrate that the approved placements will
support hundreds of young people into paid employment across the sector".

"We hope Creative Kickstart will provoke real and lasting positive change across our sector, at scale."

About 70% of young people in the Creative Employment Programme in England and Northern Ireland went on to work for their placement employers.

Lund said that scheme, like Creative Kickstart, used the Job Centre to open up recruitment to new and different demographics, and gave organisations the resources and drive to take on young people - "sometimes for the first time".

"What we set out to do was to open people's eyes to all the jobs that are available in the sector so that they're not just getting half the picture.

"I don't know, given Covid, how impacted things will be in six months... but pre-Covid I would say that people usually find that if they can keep someone on, they can."

Ide said Creative Kickstart has "the potential to transform the way the sector thinks about recruitment".

"By practically demonstrating to employers the benefits of recruiting from a wider pool of talent, [we are] supporting our sector at a time when it most needs this."