New research by Arts Council England, produced to inform the Brexit negotiations, has highlighted the negative impact losing funding and free movement could have on the sector. 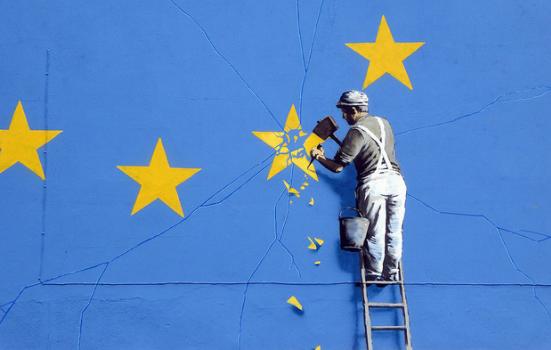 dullhunk on Visual Hunt / CC BY

Up to £40m a year in funding for arts and culture in England is estimated to be at risk because of Brexit, according to new research by Arts Council England (ACE).

As well as highlighting potential lost funding, the research has found around half of arts workers are concerned about the impact losing free movement could have on their organisation.

The findings, published in two reports this week, have been passed to Government to inform the Brexit negotiations. ACE Chair Sir Nicholas Serota said: “These reports give us valuable data on what culture organisations need to thrive as we reframe our trading relationships with Europe and the world.

“Culture has always made a key contribution to our soft power, making friends and building dialogue, and supports our growing creative industries.”

Around 1,385 arts and cultural projects received at least £345m in EU funding between 2007 and 2016, of which £210m came through European Structural & Investment Funds, according to the research commissioned by ACE and conducted by EUCLID.

The total funding covers a “breadth of impacts”, ranging from funding which has been of “specific benefit” to the arts, museums and creative industries in England, to investment in research institutions who “have a focus on related areas”.

Around £24m came through the Creative Europe programme and its predecessor, while around £16.6m came via Erasmus+ for education and training and £71m from a research and development fund. £10m was directed to arts-related activity through ‘2 Seas Interreg’.

Over half of the total funds – £194m – were directed to the creative industries. Museums received £33m and music £32m. Dance was the artform that received the least: just £4m across the period.

Nearly a third (30%) of the total funding was delivered to London and the South East.

A survey of 992 arts and culture workers, conducted by ICM for ACE, found 64% currently work inside the EU. The most common types of activity are touring and sending UK artists abroad.

Intending to research the relationship arts organisations in England have with the EU, the survey found 89% believed artistic development was the most important reason for working across borders.

Around half said retaining free movement for temporary and short notice work opportunities was important to their organisation and 40% regularly need to move equipment and objects between the UK and the EU.

Most respondents were “not able to give any advantages” of Brexit for their organisation.

When asked to rank the UK’s post-Brexit priorities, respondents indicated the most important was enabling organisations and individuals to work in the EU for short periods. The next most important were replacing EU funding and reducing barriers to trade.

Dance organisations employ the most EU nationals, with half of organisations doing so compared with a third across the arts as a whole. EU citizens are most likely to be employed in artistic or creative capacities, followed by managerial and administrative roles.

The report suggests some possible advantages to Brexit, such as a potential increase in tourism due to a weaker pound and benefits through the exchange rate for those paid in Euros. But it also notes these benefits are “frequently offset” by negative effects of the weaker pound in purchasing raw materials.

Many potential disadvantages are listed, such as threats to the UK’s international reputation and ability to collaborate; reduced EU funding; and reduced UK funding as the Government adjusts to continuing economic uncertainty.

Discussing the research conclusions, ACE Deputy Chief Executive Simon Mellor said the national funder has “shared this information with Government, pointing out that these are likely to be minimum figures and making it clear that our sector cannot afford to lose this level of funding as we leave the EU”.

ACE has stated its commitment to commissioning necessary research to inform the Brexit negotiations, and plans to publish further research on the indirect funding received by culture through EU grants to universities and others.