A final tranche of Welsh Government emergency funding will be reserved for up to 12,800 creatives - but the Culture Minister says organisations need a "total change of attitude" towards recovery. 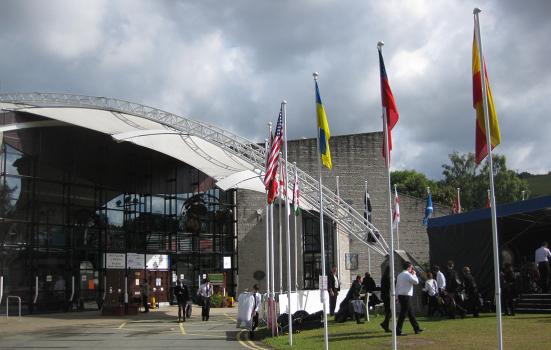 National Assembly for Wales (CC BY 2.0)

A £7m fund for freelance creatives will be launched next month, the Welsh Government has announced.

The grants programme represents the final tranche of £53m in emergency funding allocated to Wales under the UK's £1.57bn Culture Recovery Fund. Applications to an initial £27.5m fund for theatres, galleries and touring and participatory arts are currently being considered by the Arts Council of Wales (ACW), and a second £18.5m fund for museums, libraries, cinemas, heritage sites, grassroots music venues, and the events and festivals industry opened for applications on Wednesday.

The freelancer fund, which will target individuals who have lost income during the lockdown, could support up to 12,800 Welsh creatives.

Wales' Deputy Culture Minister Lord Dafydd Elis-Thomas said the Government "recognise the massive and unprecedented challenges the pandemic is having on the very fabric of Welsh life and we applaud the resilience and creativity of these sectors.

"I’m delighted that we’re able to provide support - which is unique to Wales - with the fund for freelancers, which acknowledges the contribution made by these individuals to the creative sector in Wales."

But he warned a Senedd committee that the arts sector's recovery would take years, not months, saying he was "pessimistic" about the outlook.

"There can be no trading-off of reviving activity that might damage the public health necessity. Because what is the point of having art or sport if people are sick?"

A funding stream for freelancers is not unique to Wales as Lord Elis-Thomas claims, but the £7m is a significant contribution to sustaining the country's creative workforce.

Arts Council England closed a similar programme worth £20m in April. But with the majority of an estimated 700,000 British creative freelancers living in England, the fund had to stretch much further.

The Welsh freelancers fund opens for applications on Ocotber 5. Those who have not received any other financial support - including furlough and the Self-Employment Income Support Scheme (SEISS) - will be prioritised.

Applicants will also be asked to sign a "voluntary freelancer pledge" to commit to using their creative skills to enhance public life: "This might be co-creating solutions with the community, contributing to local development plans and development or bringing new approaches to capital projects," The Welsh Government says.

"There is an opportunity now for creative freelancers and public bodies to forge a partnership," it says, noting that it "would expect any commitments resulting from this to be remunerated".

Organisations applying for a share of the £18.5m fund must ahere to the principles of a 'cultural contract' guaranteeing fair pay rates for workers, measures around board and workforce diversity, environmental sustainability, and health and wellbeing initiatives.

This was also levied on applicants to the first £27.5m funding pot. At the time, ACW Chief Executive Nick Capaldi said: "What the Covid-19 crisis has taught us is that we must build back better, strive for greater inclusivity and use this terrible pandemic as a lever for change."

Organisations can ask for funding to cover income lost since June, or to keep staff employed until they reopen.

Applications close on October 2. This funding round and the one for freelancers will be managed by the Welsh Government, not ACW.