Sector leaders have responded with a mixture of relief and gratitude for a Government package that will secure the medium-term future of many organisations on the brink of permanent closure, but others believe the announcement leaves many questions unanswered. 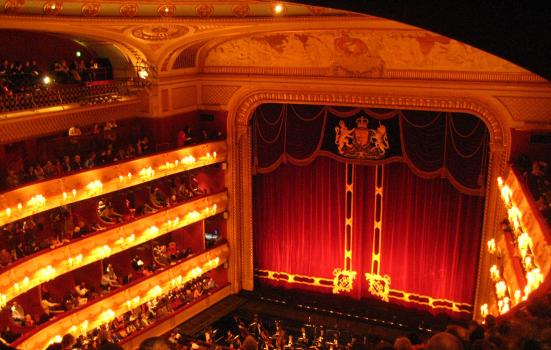 Royal Opera House among those to benefit from Government rescue package
Photo:

A £1.57bn rescue package in the form of emergency grants and loans has been announced by the Government.

The money is the biggest ever one-off investment in UK culture, and will provide a lifeline to culture and heritage organisations that will help them stay afloat while their doors are closed.

Thousands of theatres, galleries, museums, music venues, live music heritage sites, historic places and independent cinemas will share the cash, which comes after months of lobbying by the sector.

Decisions on awards will be made by Arts Council England and other specialist bodies including Historic England, National Lottery Heritage Fund and the British Film Institute.

Repayable finance will be issued on what the DCMS describes as “generous terms tailored for cultural institutions to ensure they are affordable”, and further details will be set out when the scheme opens for applications in the coming weeks.

The funding announcement comes at a point when the sector is teetering on the brink of mass redundancies. More than 350,000 people in the recreation and leisure sector have been furloughed since the pandemic began, and there is little hope of a return to viable trading levels in the foreseeable future.

The government is finalising guidance for a phased return of the performing arts sectors that will be published shortly.

Announcing the package of support, Culture Secretary Oliver Dowden said: “I understand the grave challenges the arts face and we must protect and preserve all we can for future generations. Today we are announcing a huge support package of immediate funding to tackle the funding crisis they face. I said we would not let the arts down, and this massive investment shows our level of commitment.”

Sir Nicholas Serota, Chair, Arts Council England, has welcomed “this very significant investment”, saying: “I know our amazing artists and creative organisations will repay the faith that the government has shown by demonstrating the range of their creativity, by serving their communities and by helping the nation recover as we emerge from the pandemic.”

The announcement has been met with huge relief by performing arts organistions, and none more so than the Ambassador Theatre Group. CEO Mark Cornell said: “I am thrilled to see the government intervene in such a decisive fashion to protect our nation’s cultural capital…It is essential that these funds are made available to all areas across the cultural ecosystem, from the subsidised sector to independent contractors, artists, producers, technicians and venue operators. This is an important step towards securing the future of Britain’s cultural life and I’m very grateful to the Secretary of State and his team for their determination and perseverance in bringing this about.”

Mark Davyd at Music Venue Trust said: “We'd like to thank the Secretary of State and the team at DCMS for the opportunity to work closely together throughout this crisis to develop genuine solutions to the challenges faced by grassroots music venues. This fund provides the opportunity to stabilise and protect our vibrant and vital network of venues and gives us the time we need to create a plan to safely reopen live music.”

Similar statements have been issued by representative bodies, cultural organisations and artists, and the BBC’s Will Gompertz said many arts leaders thought the value of the package “to be at the upper end of what had been hoped for”.

The Theatres Trust is hoping that a significant proportion of the money will be reserved for the performing arts, and Jon Morgan, Director of Trust, said: "It remains to be seen whether this amount will be sufficient to replace the furlough scheme, as it begins to taper from August and ends in October, at a time when we still do not have timescales for theatres reopening.

"We are pleased to see investment in capital projects included in this announcement. Our research has shown that there are more than 100 theatre capital projects worth almost £800m that have been stalled by the pandemic by anywhere between 3 and 18 months at a cost of upwards of £66m."

Others have also reacted with caution, pending further details of how the money will be distributed.

DCMS Committee Chair, Julian Knight MP, was less confident that a solution to the sector’s problems has been found. He said: “This is the first step to help prevent some of our major cultural institutions from going under. This money is welcome and should take some out of the danger zone, if only temporarily. But to secure their long-term future there needs to be a targeted sector deal, possibly involving more generous tax breaks.

“We know that 1 metre social distancing doesn’t work economically for most theatres and venues in the UK. We ultimately need to have a means by which these organisations can open safely and gain the confidence of the public.

“We’ll await further details in the guidance when it is published.”

Will Gompertz was similarly circumspect: “As always, the devil will be in the detail. The government has not specified how the money will be divided between competing art forms or regions, nor how the application process will work. There will be winners and losers.

And then there's the elephant in the auditorium: when will the rules around social distancing in performing arts venues be relaxed to allow the show to go on?”

Actors’ union Equity has welcomed the scale of the package, but urgently wants to know how funding will flow through to the diverse arts workforce: “At the moment it is unclear how the package meets Equity's four pillars of recovery for live performance and, in particular, it is unclear as to how the £880m in grants for the sector will support and maintain freelance and self-employed creative workers that arts organisations will depend on if we are to preserve the UK arts infrastructure.

“If this investment does not reach creative workers - the actors, dancers, stage management, singers, variety artists, directors, designers, choreographers and many other highly skilled workers in our talent base, who have campaigned so hard for this very rescue package, we jeopardise full recovery of the creative industries.

“Our question to Government is - how will this investment or further measures yet to be announced directly protect and preserve the broad talent base of freelancers, self-employed creatives and staff employed in arts organisations?”

Wednesday, 19 January 2022
Scotland will ease its Covid restrictions from Monday (January 24), removing limits on attendance at indoor events. Nightclubs can reopen from the same date, coinciding with the end of social... read more