Many ticketing companies believed they weren't eligible for Cultural Recovery Fund grants. Arts Council England says they should have read the fine print. 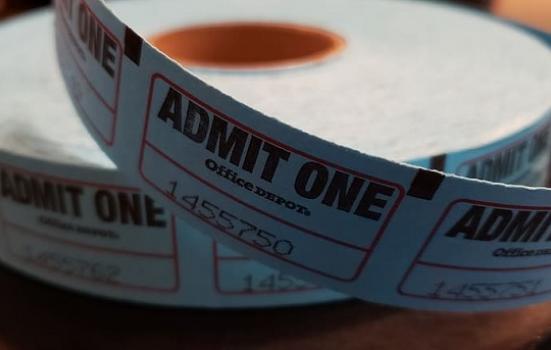 Ticketing companies had no idea they could apply for CRF grants

ArtsProfessional spoke to several people involved in arts events ticketing who said most of their sector believed the fund, which was designed to support culturally significant organisations at risk of financial failure, was not open to them and therefore did not apply.

Resident Advisor, a music reviews website which earns income from ticket sales, received £750,000, while Manchester's Ticketline was given £508,820.

An Arts Council England (ACE) spokesperson said the fund was intended to "support the whole of the cultural ecology" - ticketing companies included.

"We have been clear about the scope of the Culture Recovery Fund and prior to applying, we would have expected organisations to use the guidance and FAQs to consider whether they fulfil the criteria for the fund."

One of six ACE guidance documents titled 'Cultural Recovery Grant: Sub-genres for FAQs' lists 117 artistic subgenres and notes that organisations "whose primary role is to create, present or support one (or more) of these".

In an open letter published by Essex Magazine, ticketers Richard Dyer and Ben Sebbord of Skiddle lambasted ACE's decision making, saying they had been put off applying.

"When the Cultural Recovery Fund was announced... we checked the criteria which reads: 'By ‘cultural organisation’, we mean an organisation that works in one of our supported artforms or disciplines: music, theatre, dance, combined arts, visual arts, museums, or literature.'

"Skiddle took the decision not to apply, as we frankly did not fit the criteria as a cultural venue or host live events. We felt, and still feel, that the money was best distributed to the many thousands of amazing venues, promoters and arts organisations across the country.

"Imagine our sheer disgust then when the lists are published of who received grants," Dyer and Sebborn wrote.

They described the decisions as "ridiculous and yet more evidence of how disconnected our government is from culture".

"A fund that was designed to save venues, to save culture, has been savaged by people who knew how to write better applications than others – even if they don’t appear to fit the criteria."

Ben Curthoys of Monad Ticketing told ArtsProfessional he too believed his company was ineligible for the CRF.

"If it had been advertised as supporting the wider industry rather than individual buildings and companies, we would have applied - and we wouldn't have applied for very much."

Monad has survived thus far thanks to a £10,000 grant from its local council and the furlough scheme.

The company has been busier than ever processing customer refunds and yet has earned zero income since lockdown, Curthoys said. It changed its pricing model last month from commission based to monthly fees in an effort to survive.

Curthoys said that "channeling the money via the events [to ticketers] is a sensible thing to do" but noted it would take months for his clients to establish new ticketing arrangements if Monad collapses.

The same was true of all ticketing companies, he added.

"A blended approach would get the sector through but having one ticketing company chancing their luck and getting half a million... it just seems like a mistake. It just seems mind-boggling."

One ticketing consultant said Skiddle and others read the eligibility criteria, "in my view, correctly".

"It seems in this case that the rules have been bent or completely stretched."

He did not think ticketing companies should have been eligible for CRF funding since they don't produce or present work.

"If you primarily sell tickets, [despite] the fact that you might be promoting other things, your primary business is selling tickets.

"I have clients that have gone through mass layoffs. It doesn't sit right with me that the rules have been interpreted in this way."

Another ticketing expert questioned the value of these grants: "My concern is why commercial ticketing companies get funding, knowing that they are highly profitable in the future."

I know RA didn't respond to a comment, but I wonder whether it may have been useful to provide a bit more context on what they do. To describe them as a "ticket company" is only partially true. You can find long form features on Beirut's nightlife after the harbour blast, as well as an exploration of the dubstep scene's history. They have a podcast discussing topics such as arts and activism around Poland's LGBTQ+ scene. They also offer news on, or relevant to people interested in, electronic music scenes. This is in contrast to companies such as Skiddle where ticket sales are all they do. Of course, whether the additional content RA provides should mean they're entitled to ACE money, and whether the scope of the scheme was clearly articulate are still valid questions, but the context is important.