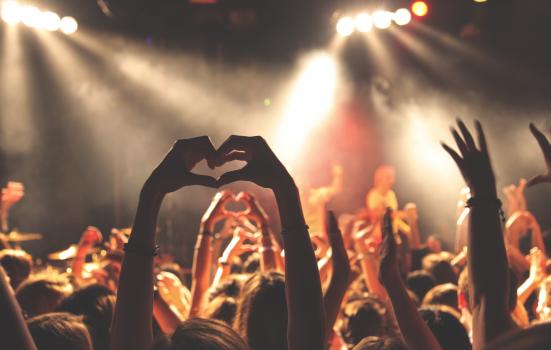 Fury over ticketing companies’ apparent reluctance to refund money paid up front for cancelled and rescheduled shows has led to official complaints through the Government’s Coronavirus Business Complaints Service and requests for consumer watchdogs to intervene.

Nine weeks after the lockdown began, theatre giant ATG is still facing irate ticket buyers who are continuing to challenge its communications around show cancellations, which offer automatic credit vouchers but require bookers to submit personal requests for ticket refunds. And would-be theatre attenders ranging from the exasperated to the furious are sounding off about the time taken for promised refunds to be processed.

Carol Tabor said on Facebook: “I booked tickets for a show that should have taken place at the beginning of April. I was offered a credit voucher but I pointed out that as the show had been cancelled, not postponed, I was entitled to a refund. Then I was offered a credit voucher and a voucher for a free drink. I asked again for my money to be refunded and was told it would be, and that it would take 7- 14 days. That was over 3 weeks ago. I want my money back.”

Another booker, Helen Bielby, is “considering legal action”. She said: “Appreciate this is a difficult time for all but for such a large company it seems they cannot get organised. I certainly won’t be supporting them going forward. I’ll stick to supporting my local (much smaller) theatre who processed refunds within 2 weeks!”

But those who do manage to get through on the customer service line appear to unlock the logjam. Jacquie Parkes reports speaking to an ATG Tickets adviser who “sorted everything out for me and her customer service skills were fabulous.”

Although most other UK theatres have sustained positive relations with their ticket bookers, ATG is not the only organisation facing a barrage of correspondence from aggrieved customers.

Ticketmaster is in the firing line for slow refunds, failure to refund ticket booking fees, and non-existent customer service. Tracy Aldridge took to Twitter to say “… I can’t seem to get in touch with Ticketmaster at all? NO phone numbers to call and all email responses are automated.” Actor Mark Dobson said: “I’m always intrigued how you’ve got the software to sell out a gig in minutes but not the software to refund with similar speed.”

Eventim is telling customers it will notify them about refunds for a cancelled event, but if it is postponed “tickets will remain valid for the new date and refunds will not be issued unless you are unable to attend the new date”. Alison Roe said on Twitter: “Your website states my event has been rescheduled to 2030… are you having a laugh?” And @Jurassic_Purp said “I’ve just been mega screwed by @eventim_UK… they incorrectly cancelled all my tickets for a gig I’m attending and they won’t give me a full refund for THEIR mistake. Absolute jokers”. A complaint has been raised with the Government’s Coronavirus Business Complaints Service Others have called on consumer champions, including BBC Radio 4’s Paul Lewis and Martin Lewis of MoneySavingExpert, to investigate.

See Tickets is facing similar complaints. ‘Boy from the Bush’ tweeted: “Been 2 months and still waiting for my refund for the original concert. Phone lines closed, emails ignored, and ‘we’ll respond within 28 days’ is BS”. Another ticket buyer reports being out of pocket by £30 because of ‘terms and conditions’: “Used them for years, now never using them again”. And Kevin Gwinnutt tweeted: “I would urge everyone to read the 1000’s of reviews of @seetickets on Trust Pilot.

Consumer rights organisation Which? has published a step by step guide on ‘How to get your money back if an event is cancelled or postponed due to coronavirus’, as has Citizens Advice.

The Fair Ticketing Alliance is keeping a close eye on the situation. It believes that refunds for cancelled events should be paid in full including booking and delivery fees. Their Chair told AP: “In the last few years we have seen ticket prices increase as dynamic pricing takes hold of the ticketing industry. This in turn leads to larger booking fees as this is where an agency makes their money, these have been known to be charged up to 30% of the total ticket cost. So these days it is not always just a nominal fee that a buyer can turn a blind eye to, especially in the current Coronavirus climate.”

He is concerned that some organisations may have been spending consumers’ pre-paid ticket money instead of ringfencing it in trusts: “Instead of being kind and supportive to their customers [they] are misleading them to think that refunds are not an option and when customers pursue what is rightfully their money they are having to fight tooth and nail.

“This is not ethically right at the very least. Transparency is really needed to uncover the kind of behaviour that goes on in the primary ticketing market just as it was introduced into the secondary ticketing market. It is the only way that the marketplace will become fair for all”.