Budget cuts, the introduction of the EBacc and mass academisation of schools has created a “perfect storm” for theatre companies working with young people, sector figures warn. 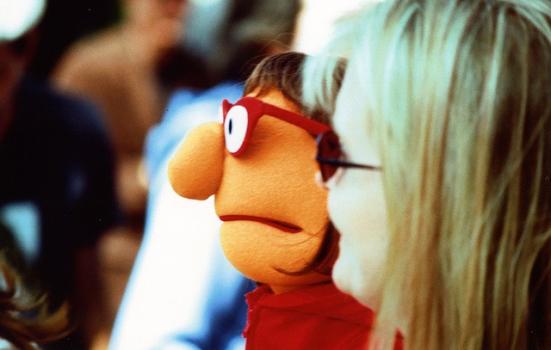 Performances and tours of theatre for children have been cancelled and organisations are being forced to revise their business models and make redundancies as the impact of new education policies starts to bite across the arts sector. With cuts to schools’ budgets, mass conversion to academy status and the introduction of the English Baccalaureate (EBacc) – a set of compulsory GCSE subjects that excludes the arts – ITC’s Chief Executive Charlotte Jones warns that the arts may be “the first casualties of a nervous education sector”.

London’s Unicorn Theatre was one of the first to speak publicly about its concerns, noting a 6% drop in attendance from school groups in the last academic year. Little Angel Theatre, also in London, has noticed a drop in attendance as well. 30 of its 149 weekday, term-time performances received no school group bookings in the last year. Artistic Director / Producer Samantha Lane told AP: “That’s 20% of the overall performances intended for schools, and, as a direct result, we had to cancel seven shows.” Polka Theatre in Wimbledon also cut the number of its schools performances last year, following a drop in bookings. It has shifted from running eight school shows and two public shows a week, to six for schools and four for the general public. Artistic Director and Chief Executive Peter Glanville said: “We are struggling to fill even these and having to cancel performances sometimes.”

The situation is similar at touring theatre companies that rely heavily on schools bookings. Dan Brown, General Manager of Big Brum, has spoken out about finding it “harder than ever to work in schools” and Theatre Company Blah Blah Blah has seen a “significant decline” in its schools touring work over past three years. Mark Powell, who recently re-joined Sixth Sense Theatre Company after ten years away, has noticed the booking process is “much harder” now. He said: “We are dealing with the same drama teachers at the same schools, but being told by them ‘things are very different’.” Travelling Light Theatre Company has been similarly affected and has had to reduce its 2016 schools tour from 23 weeks to 14. Artistic Producer Jude Merrill said: “Theatres are not booking in the weeks and schools are unable to fill the gaps… seven or eight years ago we’d have had whole weeks booked in theatres – now they’ll only do this in holiday time.”

Catherine Greenwood, Unicorn’s Learning Associate, thinks there is a “serious danger” of a two-tier system being created, dividing “those schools who choose to make the arts available to their pupils and those who don’t”. Patrick Spottiswoode, Director of Globe Education, said the situation is “very concerning”. He sees cultural education as “vital for [pupils’] development as individuals, stimulating creative thought, imagination, analysis and opinion-making skills – all of which are transferable to any subject and indeed critical if the UK’s creative industries are to continue as world-leading.”

A fear of budget cuts and take-overs by large academy ‘chains’ – which can restrict how school budgets are spent – are contributing to the problem, according to Charlotte Jones. But while cost is a barrier Samantha Lane thinks the issue goes “way beyond” money. “Even when tickets are offered for free, the allocation isn’t always taken up,” she told AP. There are additional costs to consider, such as travel and additional staff, but she sees this decline in audience as “partly related to the diminishing significance of the arts in schools, but mostly related to curriculum needs”.

Jo Townshend Principal of the Rye Studio School believes schools started restructuring their timetables and budgets around the EBacc subjects – science, maths, English, history, geography and languages – in 2013. While her school is a dedicated creative industries school, she has noticed others in the local area “slashing” the number of hours they give to art, music, dance and drama. Teachers are also reporting an increasing pressure not to take pupils out of EBacc subject lessons, which can make scheduling a theatre visit difficult. Many fear that with the EBacc becoming compulsory, the situation will only get worse.

Almost 5,000 schools have converted to academy status over the past five years. This process, a local authority arts officer told AP, often begins with restructuring and efficiency measures, then a focus on improving results. Mark Powell has felt the loss of support from local council arts officers, who are not only losing authority over schools that are converting, but are under threat of redundancy by cash-strapped councils. Dan Brown described the situation as “something of a perfect storm,” in which “a range of policy decisions from different corridors of power are combining to create an extremely hostile environment for community focused arts work”.

Jude Merrill has noticed a direct impact of the changes: “drama teachers are disappearing.” According to the latest Government statistics, between 2011 and 2013 the number of secondary school drama teachers fell from 11,600 to 10,200 – a decline four times greater than across the teaching workforce as a whole. For companies funded to create new work, such as Travelling Light and Sixth Sense, this is a particular problem as drama teachers have traditionally been their main bookers. Both companies have started approaching Personal Social Health Education (PSHE) departments, but say the teachers don’t always see the value of theatre as a teaching tool.

The issue is recognised by Artswork, the South East representative of Arts Council England’s network of ‘bridge’ organisations, which connect children, schools and communities with art and culture. A representative told AP that these shifting priorities are “certainly impacting on schools and their capacity to book touring theatre companies or attend performances” and that it’s time for theatres to take a “more tailored approach” to devising work for schools.

This chimes with Theatre Company Blah Blah Blah, which is experiencing greater demand for its bespoke drama projects that work towards a functional outcome, such as literacy skills. The Unicorn has also noticed that plays that fit in with the ‘traditional tales’ strand of the literacy curriculum are much more popular amongst primary schools than new works. But this, according to Samantha Lane, poses a new issue: “The biggest danger for any theatre,” she warns, “is being forced to programme work to serve curriculum needs rather than theatre based purely on its artistic value.”