The National Institute of Dance Medicine and Science says it is disappointed not to have been consulted about the “accelerated” closure, which is likely to cause delays in rehabilitation. 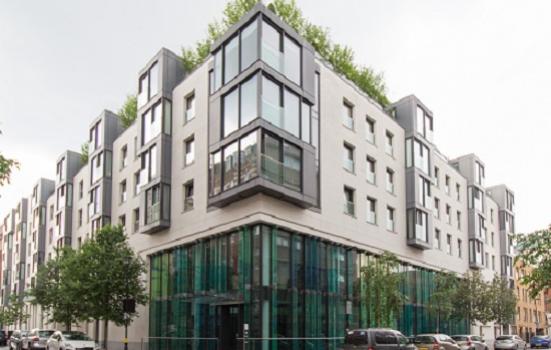 Treatments for injured dancers have been cancelled and new appointments rejected after the sudden closure of a pioneering London clinic.

The Royal National Orthopaedic Hospital (RNOH) has issued a “sincere apology” to patients of its Dance, Sport and Exercise Medicine Service affected by the decision.

RNOH’s service was planned to end in 2020 as the National Health Service concentrates its London-based specialist services centres into fewer centres, but it will now close at the end of August. The closure was “accelerated” after its only consultant, Dr Roger Wolman, announced his retirement, a spokesperson said.

The hospital said it would have preferred to communicate the closure in an “individualised manner”.

“While this is regrettable, [these] circumstances leave us with few options.”

The National Institute of Dance Medicine and Science (NIDMS), which helped found the dance clinic seven years ago, described the decision as “hugely disappointing”. It says more could have been done to inform dancers and manage their transition to Mile End.

Wolman, who is NIDMS’ Medical Advisor, said he was “very sorry this has happened, but unfortunately it is out of my control”.

The RNOH clinic had provided free specialist healthcare to more than 1300 dancers since 2012. NIDMS first heard of its closure “when dancers called us saying they were being rejected for appointments”, Manager Helen Laws said.

She said RNOH’s plan to transfer care to other sports and exercise medicine centres sounded good in theory, “but we specifically chose them when we set up the clinic because of their expertise in orthopaedics”.

“My opinion is that they should have been working with us to put in place alternative dance-specific pathways before they considered closing the clinic.”

But RNOH’s spokesperson said it was under no obligation to consult with the public over the closure.

Laws said experiencing this setback soon after the service’s expansion to Mile End was disheartening: “We would have had two services and waiting times would have gone down, but now we have one service on the hop trying to manage a potential backlog.”

An online petition for dance-specific injury clinics has attracted more than 6000 signatures. Dancers have also taken to social media to express their support and share stories of their interactions with the RNOH clinic.

Ballet teacher Laura Dodge said it was “invaluable” in recovering from a knee injury and all-female dance company Feet off the Ground said several of its members had used the service.

“We were giving them this pathway through the NHS to see specialists in dance. It was a lifeline for many.”

£2.3m to expand dance-based health initiative
A proud partner of health
Dancing in the streets