Shadow Culture Minister stands up for the regions 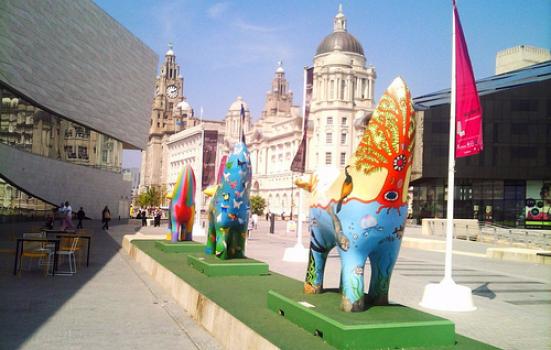 Shadow Culture Minister Helen Goodman has hit out at Ed Vaizey, Minister for Culture, Communications and Creative Industries, for having “failed to persuade the Secretary of State for Communities and Local Government of the need to take account of the value of arts in his Local Authority settlement” and is demanding that he should “persuade the Arts Council to take radical steps to reverse this trend.” Speaking in parliament at a Westminster Hall debate on regional arts and culture funding, Goodman has raised “the disparate and unfair funding settlements meted out by this government to the local authorities” and described herself as alarmed at Arts Council England’s (ACE) response to the crisis. ACE has said it “cannot make up the shortfall and we want to work with local authorities who continue to value and invest in arts and culture”, but Goodman said: “In the real world – cash does not equate to commitment” and pointed out that Liverpool and Hackney, which are among England’s ten most deprived local authorities, are seeing 27% budget reductions while local authorities in Surrey are seeing 1% increases in spending power. She said: “… on the ACE model, despite having seven museums, a major orchestra and being the home of the Beatles and Daniel Defoe, Liverpool’s funding would fall and Surrey would become the most cultivated county in England!” Remarking that public subsidy normally “goes where the market fails” she said “this cannot be said for the arts”, with London having “the largest population of well-heeled middle class… the most tourists… [and] the most philanthropists”, but also the most arts funding per head of population.

Referring to Rebalancing our Cultural Capital (ROCC), the controversial report revealing that cultural spend per head in London is 14 times greater than in the rest of the country, she said that even when the pre-eminence and reach of London’s national institutions is taken into account, the distribution of arts funding to the English regions is a “serious problem”. In a series of answers to her Parliamentary Questions, she said “Ministers have failed to justify the rationale for this support.” Talking of grant in aid to the arts, of which £22 per head is spent in London and £8 elsewhere, she said: “…how can it be right that people in East Midlands and the East of England get only one-fifth of what Londoners get. And that the East Midlands, a region of 6m people, has no major partner museum?” But she is equally concerned about the imbalance in the distribution of Arts Lottery funding: “Turning to the lottery spend under ACE control we see a similar story – £12 per person in London compared to £2.99 in the West Midlands and £2.78 in the North West.” She continued: “ACE seems to think it is some sort of triumph that 31% of Arts Council Lottery was awarded to London institutions. When one discovers that London lottery ticket buyers only account for 10% of ticket sales this seems even less commendable. Whereas people in the North East get 3.6% of the spend and pay for 7.6% of the tickets!”  She drew comparisons with the Heritage Lottery Fund (HLF), saying it is “notable that their distribution matches population far more closely” which “proves it can be done and suggests it’s something to do with the institutional structures of the organisations.” HLF has a “far more rooted, regional approach”, she said.

Some of the figures in the ROCC report have been disputed and Goodman is calling for “a proper audit of what is going on taking account of DCMS direct support, ACE grant, ACE distributed lottery and HLF money”. She said: “it is disappointing that three months down the track we haven’t had a clear analysis from ACE showing the proportion of the spend where benefits fall in London and elsewhere… even on the analysis they have provided, the picture shows a serious problem.”

Should Arts Council funding compensate for Council cuts? Comment on this & other regional funding issues in the new AP survey, 'Regional arts funding - getting the balance right'