Labour calls for Lottery money to be better attuned to the different regional needs and communities. 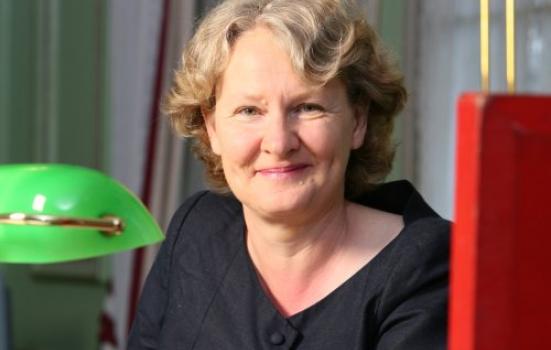 Shadow Minister for Culture, Media and Sport Helen Goodman has said she is “extremely concerned” about the regional funding disparities across England, which she sees as a potential barrier to Labour’s desire to create better access to the arts, and to provide more opportunities for young people. She told AP: “It is essential that we make a better case for arts funding to local government, and for that to happen it is essential that more people value the arts, so that the arts become vote winners. People will only think the arts are great when they get the chance to experience them; if they don’t have access, then they won’t value the arts.”

In an interview with ArtsProfessional, Goodman cited the recent Lumière festival in Durham, which coincided with a consultation on council spending priorities in the city, which is facing almost 40% budget cuts from central Government: “The survey asked what people would cut, and as it happened the question was asked at a time when the local people were buzzing with the excitement of the festival, so arts and libraries were not identified as prime targets.” She has serious concerns over the impact of match-funding policies at a time when local authority funding is being squeezed: “I am extremely worried about what will happen in April when the full implications of Eric Pickles’ local government settlement come through. It is too tough, and it is unfair; and the impact on communities will be magnified if other funders of culture make local authority support a condition of their funding.” She went on to say: “There are routes forward for the arts in austerity, and partnerships could be one of them. The new relationship between Derby Theatre and the University of Derby is one that could be an interesting model.”

Commenting on the recent RoCC report, which has highlighted the disparity in funding between London and the English regions, Goodman said: “The London institutions tell me that the report is not accurate, and they talk about it ignoring their touring and live-streaming work which has an impact across the country; they should quantify the cost of this out of London work to get a clearer picture. This is not about whether their back offices are located outside of London – it’s the experiences of audiences across the country that matter.”

As to whether the solution to the regional imbalance might be a per capita rebalancing of Lottery funding, she is circumspect: “The fact that 40% of Lottery funding goes to London and 60% goes to the rest of the country needs to be re-considered. By my estimates, only around 10% of Lottery income comes from London so there is clearly a mis-match. But per capita funding allocations could be a bit crude. It might be that we would want to see different things achieved at different times in different places. What we do need is for Lottery money to be attuned to the different regional needs and communities, and I can’t see how that can be achieved effectively if it is allocated centrally.”

Whilst unwilling to endorse the suggestion by the Touring Partnership that local authorities should be involved in the decision-making on Lottery funding, she was quick to praise the funding distribution structures used by the Heritage Lottery Fund (HLF): “In the North East, 100,000 people turn up for the Durham Miners Gala, and more than 80 brass bands are involved. The silk parade banners representing each of the villages are a fundamental part of the event, and as many of these are now very old and worn out, the HLF paid for some to be replaced. They understood that the event is all about community cohesion. That depth of understanding is because the money is distributed through regional committees – it wouldn’t have happened if the decision-making had been based in London.”