£166m in loans comes with promise of new grants

A further £400m of Culture Recovery Fund grants and loans has been earmarked for extending another "helping hand" to organisations facing failure before April. 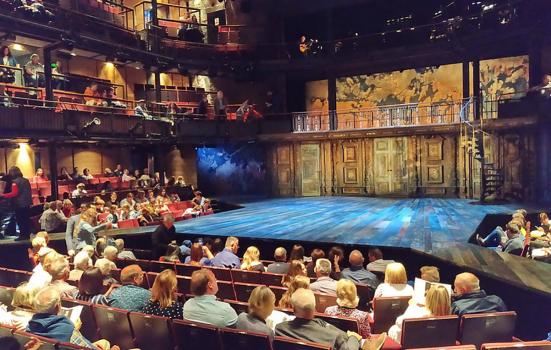 Loans worth £166m will be given to 11 major cultural organisations, with another round of Culture Recovery Fund support due before April, DCMS has announced.

The remaining £400m of the £1.57bn emergency fund - £300m in grants and £100m in loans - will be made available to organisations facing failure before the end of the financial year.

With grants and loans to the sector now exceeding £1bn, this is likely to be the final tranche.

Culture Secretary Oliver Dowden on Friday (December 11) described the long-awaited awards as a "helping hand" to secure more than 9000 jobs.

But while the loans can be used to pay freelancers' fees and staff salaries, the money can only be used to cover costs until the end of March and has been delivered two months later than planned.

Several organisations receiving the loans have already started consulting on redundancies, such as National Theatre, which plans to cut 400 jobs, Southbank Centre, where visitor experience and ticketing jobs are being axed, and Royal Shakespeare Company.

Terms were agreed on Monday (December 7), but final negotiations are ongoing. Organisations will get a repayment holiday of up to four years and up to 20 years to repay in full.

DCMS says the loans provide security as these organisations restart live performances and programmes, and enable them to offer work for freelancers and staff in the lead up to Christmas.

The Royal Shakespeare Company furloughed 90% of its staff amid an expected loss of £46m this financial year.

Its £19.4m loan will help cover the costs of live and streamed performances, education programmes, resuming national touring and delivering a major piece of work for Coventry City of Culture next year. The Swan and Other Place theatres will remain closed in 2021 as the organisation focuses on artistic activity.

Artistic Director Gregory Doran and Executive Director Catherine Mallyon were relieved by the award: "It continues to be a challenging time for theatres big and small and for all those in the arts and culture sector."

"Even when we reopen fully it will take time to return to pre-pandemic income levels. We will need to continue to make savings, as well as rebuild income, to cover the loan repayments, which will not be completed until 2040."

National Theatre Joint Chief Executives Rufus Norris and Lisa Burger said it will rely on support from its audiences, donors and partners alongside its £17.9m loan.

"Despite the generosity of our audiences and supporters and the drastic action we took to reduce costs including – very sadly – job losses, we face a multi-million-pound deficit this year and next.

"The decision to apply for a loan of this scale was not taken lightly; it is an essential component in our survival."

DCMS has also allocated £58.8m in capital grants to 75 organisations.

The largest grant - an astonishing £21m - was awarded to Manchester City Council for completing The Factory, Manchester's new arts centre. The project is running late, having been due to open for last year’s Manchester International Festival, and escalating building costs have meant the Council's budgeted £21.6m contribution to the scheme has already risen to around £50m. It has also been considering a further loan of up to £45m as 'bridge' funding.

Nine other organisations received more than £1m, ranging from £6.2m for Bristol Music Trust to £1.12m for Coventry City Council.

Just 18 of the 75 organisations were based in London.