Major organisations' silence on claims that job cuts are falling disproportionately on BAME staff stands in stark contrast to a groundswell of disclosures about the ethnic breakdown of workforces. 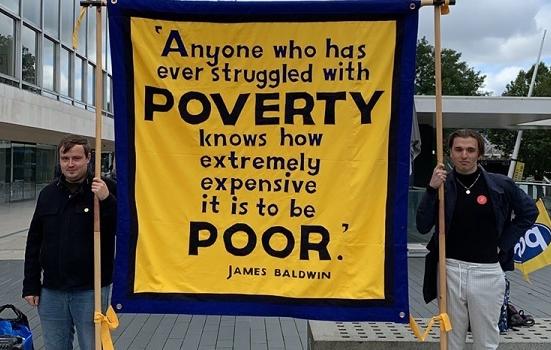 National Theatre workers say the organisation is "paying lip service to diversity" by consulting on plans to cut 400 casual roles which employ most of its BAME staff. Alex Bayley, the theatre's Head of Audience and Marketing, told staff in a July meeting that "we realise a lot of the diversity lies within casual contracts and it's very, deeply regrettable", materials released by protesting workers claim.

PCS Union members have similarly taken aim at the Southbank Centre, stating plans to cut visitor experience and ticketing jobs there will make the organisation 6% whiter.

A National Theatre spokesperson told ArtsProfessional that "we sadly expect to lose some of our current BAME staff members, however we are committed to increasing representation as the organisation returns to normal levels of activity".

But National Theatre, which recently announced consultation on an unconfirmed number of redundancies, refused to share the ethnic breakdown of the workers who hold roles at risk of redundancy because consultation is still under way. Royal Shakespeare Company has given notice of a consultation beginning in October and says it does not have that information yet.

Southbank Centre did not respond to requests for comment but a 29 July letter from Chief Executive Elaine Beddell confirms the planned redundancies would cut at least 48 BAME staff, as well as 19 disabled workers.

'Pull up or shut up'

Their reluctance to disclose in the face of strong criticism from unionised staff stands in stark contrast to a groundswell of support for transparency about the ethnic makeup of arts workforces.

A call to action signed by more than 1000 theatre industry professionals has been gaining traction online under the hashtag #TheatrePullUpOrShutUp, a variation on the 'pull up or shut up' movement that calls for greater diversity in the fashion and beauty industries.

It calls for theatres, festivals, theatre agencies and drama schools to disclose data on their employment of Black people, including in leadership roles, over the past ten years and their plans for improving workforce diversity.

The call to action says "full accountability for underrepresentation" is needed: "We are no longer going to accept lip service or empty promises."

"What are you as an organisation going to do to destroy the structures that uphold racist values and start again with true equity as a priority?"

"The racism in our industry thrives in a culture of secrets and silence ... Now is not the time for silence."

In her letter to staff, Southbank CEO Beddell says there will be "a large number of posts for whom we have no work - and no prospect of being able to work - whilst we are closed until April 2021".

Responding to workers' requests that ethnicity and social grouping be considered during the redundancy process, Beddell writes that "it is not possible under employment legislation for these factors to be included as selection criteria, [nor] to apply protective measures to these groupings of staff".

"We want to assure you that although our company will be much smaller in size, and differently structured, BAME and POC representation will remain absolutely central to our recovery and re-emergence."

Unionised Southbank and National Theatre staff say their organisations should consider other cost-saving measures, such as further reductions to senior staff salaries or spreading the burdern of redundancies across departments rather than concentrating them on areas that employ more BAME staff.

Another option is to rehire staff on "better terms" than their current casual contracts, National Theatre workers say.

"Instead of sacking their most diverse workforce and pursuing diversity in rehiring ... offering original BAME workers permanent jobs when they become available would be a sounder commitment to diversity."