The project has highlighted a race to the bottom on freelancers' fees as artists share their "incredibly bad experiences". 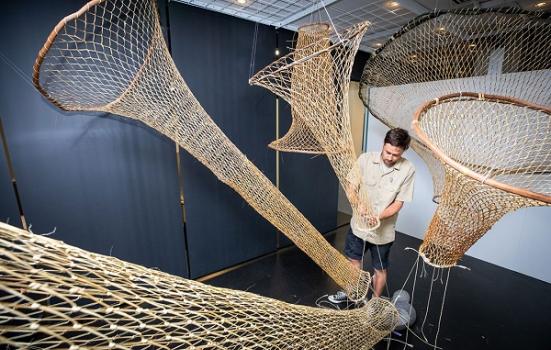 Artists are having installation costs deducted from their project budgets, the project has found
Photo:

Visual artists' network Industria launched Artist Leaks, a survey of freelancers' experiences uploaded to a publicly available spreadsheet, after Tate refused its Freedom of Information request for its pay rates because it was not in the institution's commercial interest.

"We thought, if that stuff isn't going to be freely available we can get it by doing an artist-to-artist solidarity project," Industria told ArtsProfessional.

"What's come from it is how open people have been about their incredibly bad experiences."

Contributions so far highlight artists' battles around fair remuneration, late payments, and commissions that are worth only a fraction of the project budget - if anything at all.

There is an expectation that institutions can use "prestige as payment" for early and later career artists, leaving a gap in the middle where freelancers' fees are only available because their more experienced contemporaries are turning down payment.

"I was told that most artists in my position (ie showing on this scale, at this institution) simply did not need the fee, and so did not question it or demand more," one project contributor said.

Industria said artists are being paid what looks like a standard fee but works out to be less than minimum wage.

The anonymous team hopes to create a "shaming tool" for institutions and galleries.

"There are some places that are doing fire and rehire, so it [Artist Leaks] has to be understood in that context."

Industria is collecting more experiences this month before publishing a report into their findings in collaboration with Artists' Union England and a-n, the Artists Information Company.

A second project surveying other visual arts workers like technicians is planned.

Artists have been told unpaid work would "look good on your CV", and that they were lucky to be paid a nominal fee because others had received less.

Artist Leaks shows how artists are fighting for payment. Fees are not being offered up front and often have to be renegotiated at a late stage of the project.

"I raised the issue of the very small fee in relation to the scale and workload and complexity of the project and was told that there was no way to increase it and there was zero interest from the senior staff to reconsider."

Others had to fundraise or make applications to arts councils for their production costs because they weren't included in the project budget.

An artist who said they were not paid for a group work show at Eastside Projects, Midlands, said they wrongly assumed there would be a fee, "or at least a production budget".

"I was made to feel like them paying for my train fare and putting me up for three nights in a budget hotel was payment enough."

These practices have taken a toll on artists: "Almost had a nervous breakdown," one commented.

"We're not surprised by this emotional outpouring - we just didn't expect it," Industria said.

"It's so clear there isn't any space at the moment for people to share what they have been through."

Industria says it wants to challenge the gig economy approach to artistic work so zero-hours positions aren't seen as a 'creative' solution.

"We have this classic portfolio lifestyle going on where we don't make enough money from our practice, but that's carrying on into people's mid-careers.

"There are quite a few smaller institutions that we wouldn't have expected to have the resources who actually pay more than larger institutions."

Artists' Union England recommends experience-based rates of pay ranging from £22.16 per hour or £175.13 per day for graduates to £37.62 per hour for a lead artist on a project.

Surveying by ArtsProfessional in 2018 revealed the extent of unpaid work in the sector was greater than it appeared because artists were doing so much overtime.

The unsustainability of these practices is especially troubling for parents and caregivers, who have faced additional pressures throughout the pandemic.