The agency has said it will not fund applications that don’t commit to paying artists union minimum rates “at the very least”. 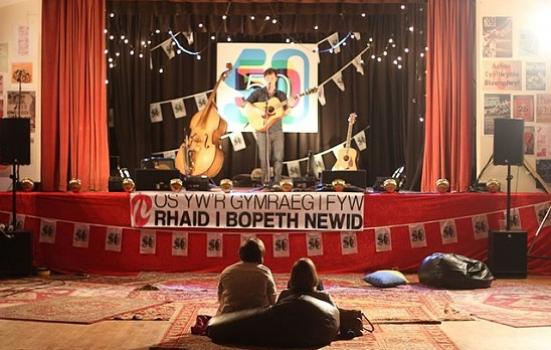 Artists on ACW-funded projects will be paid fairly, the council says
Photo:

Arts Council of Wales (ACW) has introduced minimum pay rates for artists, saying it will not fund applications that don’t commit to meeting pay levels recommended by unions and professional associations.

The rates will apply to applicants seeking National Lottery grants of all sizes, new funding guidlines released this week say.

“We won’t fund applications where you aren’t paying yourself or your co-workers at all, or are only paying a low/nominal fee,” the document says.

An ACW spokesperson added: “If we are really serious about the eradication of privilege and ensuring that everyone can work in the arts on a sustainable basis, the minimum rates will be an important tool to help achieve real equity.”

These rates are considered the absolute minimum rates by relevant unions and associations, including Equity, UK Theatre and the Musicians’ Union.

ACW set its minimum rate for theatre technicians at the National Living Wage of £8.21 per hour, stating this was because the Broadcasting, Entertainment, Communications and Theatre Union’s (Bectu) agreed rate for those workers is lower. But a Bectu spokesperson said this was incorrect and that its members are paid at least the National Living Wage.

Arts Council England expects all fees and salaries should be at least the National Living Wage but has stopped shy of stipulating any minimum rates above that.

A spokesperson said there are no plans to follow ACW’s lead in mandating industry minimum pay rates, commenting: “We expect all our funded organisations to show how fees for artists, creatives and specialists for projects funded by us are in line with, or better than, recognised codes of practice and guidelines set by the relevant lead [industry] bodies.”

The spokesperson added that National Portfolio Organisations are required to pay as well as, or better than, those bodies’ rates.

Earlier this year, an Equity representative said that ACE was not doing enough to challenge low pay on its funded projects, saying “what we know from members on the ground is that [ACE’s policy] isn’t the reality in terms of what is being applied.”

The is welcome news from Arts Council of Wales! I hope fair pay guidelines extend to all, including disabled artists. Shame ACE hasn’t made their guidelines mandatory. People are the most important part of any organisation. Some disabled artists are not regarded as ‘proper’ workers. They are in ‘supported employment’ and receive a £20 top-up to their benefits rather than being employed like their non-disabled counterparts. My Tory MP, Philip Davies - an unpleasant man - said that because disabled people couldn’t do the same amount of work as a non-disabled person they should be paid less. This is outrageous. It’s time things changed. Companies employing disabled artists should re-model themselves financially, provide support and advice to their disabled co-workers, help them navigate access to work and treat their key assets as equals rather than cash cows. There should be equal rights for all who work in the arts. Equal pay for equal work.

Paying artists for their time
Artists’ pay is not a pretty picture
Fair pay: a pipedream?