New analysis of employment and productivity in the creative industries concludes “it is unlikely that the rest of the UK would catch up” with London in less than 20 years, “even with an ambitious and effective set of policies”. 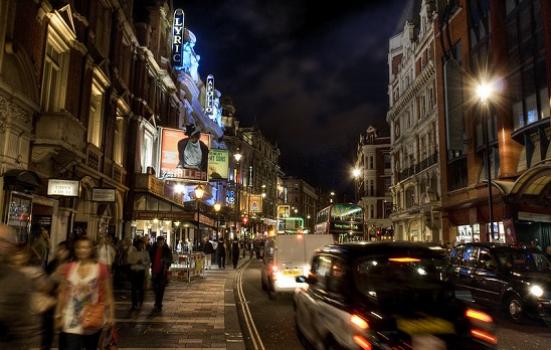 Employment in the UK’s creative industries outside of South East England would have to grow five-fold over the next 20 years to match the economic clout of London’s creative sector, according to a new report.

The author, University of Manchester Professor and PEC Research Director Bruce Tether, said the findings present “a very substantial challenge” to the Government’s goal of narrowing the gap in creative business activity between the South East and elsewhere in the UK.

“To be honest, maintaining the gap would probably be more achievable than closing the gap,” he told ArtsProfessional.

"Without significant intervention, I would bet my house on London and the South East continuing to pull away from the rest of the country.”

Tether’s analysis of DCMS data on employment in the creative industries and the gross value added per worker found that regional inequalities are increasing, rather than decreasing as the Government intends.

“If you think that one of the Government’s concerns is with the growing north-south divide, then it’s a concern that the creative industries are growing very healthily in the South East of the country but doing less well in the North and North West,” Tether said.

Northern Ireland experienced far lower growth in employment than other regions – 1.6% over seven years – and was the only region where the creative industries have a declining share of the overall workforce.

The analysis found there was even greater regional disparity in productivity than employment. “There are much greater inequalities in economic output by region than in employment by region,” the report says.

In the report, Tether questions whether the Government’s emphasis on regional ‘clusters’ can ameliorate the divide. “Clusters policies are welcome … but if we think about clusters as an engine for economic growth, my question, my doubt, is whether this engine is up to the task.”

DCMS did not respond directly to the report's analysis of the feasibility of its policies, but noted several multimillion-pound initiatives under way to develop the creative economy.

Tether said there should be further research into why economic output is so much higher in the south east, even after employment is accounted for.

‘IT, software and computer services’ was included as a creative sub-sector in the PEC’s research, accounting for one-third of all creative industries’ employment last year and 40% of gross value added to the sector in 2017.

Productivity in London’s creative industries has grown much more rapidly than in the rest of the UK, at 2.7% per year compared to 0.4%, calculations based on DCMS data from 2011 to 2017 show.

Tether’s report suggests an “agglomeration” effect partially explains the higher productivity of areas with larger creative workforces: “The greatest agglomeration is in London, where the costs of doing business are higher, due to higher salaries, office rents, etc.  This also means that, other things being equal, firms need to be more productive to survive in London than elsewhere.

“Achieving value is ultimately created to capturing value rather than necessarily creating value.”