Arts side-lined in Sector Deal for the creative industries

The £150m Creative Industries Sector Deal supports the development of creative clusters and the roll out of a creative careers programme but prioritises digital businesses over culture. 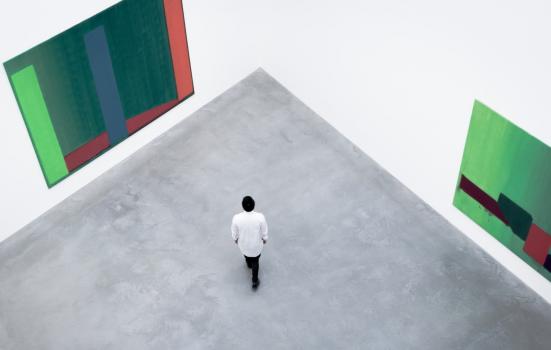 Arts and culture are given no more than a passing reference in the new Creative Industries Sector Deal, an agreement under which the Government and creative sector businesses in England will work together on initiatives to “boost productivity, employment, innovation and skills”.

Instead, the Deal emphasises measures that will support the growth of IT, software, computer services and digital businesses, which account for over a third of the Gross Value Added (GVA) in the creative industries – more than four times the value of the cultural sector.

The Deal will see a range of new policies introduced and an extra £150m committed to the sector by business and government, with a view to unlocking its growth potential.

It aims to deliver support in four areas:

Investment in developing the creative workforce is primarily targeted at improving digital and computing skills, with £84m earmarked for a new National Centre of Computing Education and £20m for a new Institute for Coding.

Up to £2m will be “available (subject to business case)” to support a Creative Careers Programme, and the Government expects the value of the industry’s contribution, including in-kind resources and expertise, to “more than match” its own funding.

As well as putting forward measures for supporting the talent pipeline, the Deal embraces proposals put forward last year by former Arts Council England Chair Sir Peter Bazalgette in his Independent Review of the Creative Industries. These include a Cultural Development Fund to support the creation of creative clusters across the country, and a programme supporting partnerships between universities and creative businesses.

The Creative Careers Programme will “address shortages in critical skills for creative businesses and ensure broader outreach to a more diverse, future workforce”. It will specifically aim to rectify the significant under-representation of people from less advantaged backgrounds in the creative industries.

At least 2,000 schools and 600,000 pupils will access the Programme, which it is hoped will recruit more than 50 ambassadors from the sector and encourage 100 employers to participate in “encounter events” reaching 15,000 young people.

It will involve three elements:

Caroline Julian, Head of Policy and Public Affairs at CIF, explained: “Through an advertising campaign and complementary activity, we will profile the spectrum of creative careers – from the creative entrepreneur who has set up their own business through to the designer working alongside engineers in other industries. The campaign will give particular focus to high growth areas that currently suffer from skills shortages and where certain skills will be in high demand in future.”

Due to be launched next year, the campaign will also “aim to dissolve commonly held assumptions that have put many people off from pursuing a creative career, particularly those from disadvantaged and minority communities”.

Identifying the skills shortages affecting the UK’s creative industries, the Deal singles out dancers and orchestral musicians. But while recognising that a “combination of STEM and arts-based subjects” are needed to develop future talent, it outlines no new measures for improving arts education. Instead it makes a commitment to creating “a technical education system that rivals the best in the world”.

It makes no mention of the crisis unfolding in schools as the gradual introduction of the English Baccalaureate (EBacc) continues to shut down opportunities for young people – especially those living in disadvantaged areas – to study the arts.

It is equally silent on the challenges facing the cultural sector caused by the UK’s departure from the European Union, including the potential talent drain.

CIF has in the past been an outspoken critic of the EBacc, describing education policy as “the black hole in Government thinking”.

AP suggested to the CIF that the EBacc is the “elephant in the room” for the Sector Deal, and asked whether a creative careers advertising campaign would do enough to encourage more diverse participation in the creative industries in the absence of education policy reform.

Julian responded: “The Federation’s Creative Careers Campaign will be complemented with ongoing advocacy on the importance of creative skills and education to the future of not only the creative industries, but also the economy at large. Indeed, we believe that the campaign will add a significant weight to our advocacy efforts and further the impact that the Federation has achieved to date on creative careers and skills.”

The Federation confirmed that it remains opposed to the EBacc in its current form.

The Creative Industries Sector Deal also embraces many other proposals put forward in the Bazalgette Review, which outlined how the creative industries could underpin the UK’s future economic growth, leading to one million new jobs by 2030 and a value to the UK economy of £128bn by 2025.

Those now being adopted include: