Following the third year of the DCMS Taking Part’s longitudinal study, a new report reveals who attends the arts most often and why people stop engaging. 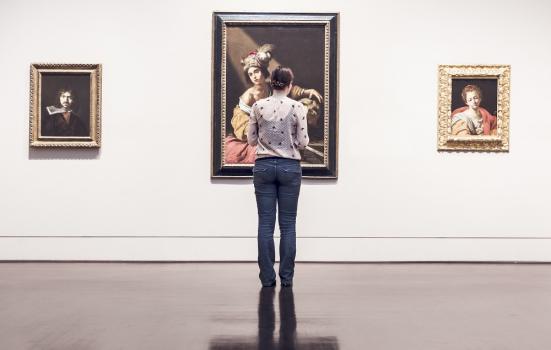 The most committed arts attender is under 44 years of age and female; she is part of an upper socio-economic group, has a job and owns her own home.

This is the picture painted by a report on the first three years of the Taking Part survey’s longitudinal study, which has been conducting annual interviews about arts engagement with a group of 4,600 adults.

The Taking Part study has been collecting snapshot data on engagement with leisure activities in England since 2005/06. The longitudinal survey, launched in 2011, aims to shine a spotlight on the factors that prompt changes in participation, and associated impacts and outcomes.

For the past ten years, the proportion of adults who report having engaged with the arts in the past 12 months has remained static at around 77%. Based on its three years of data, the new report shows that the number who consistently engage year-on-year is lower, at only 60%.

The report gives new insight into this group of consistent arts attenders and participants. They are more likely to be women (57%, compared with 47% of other respondents) in the upper socio-economic group (65% compared with 43%) and to be owner-occupiers (73% compared with 57%) who live in less deprived areas (36% compared with 25%).

Most of them (86%) engage with the arts three or more times a year.

Those who had not engaged with the arts at all over the course of the three-year study were more likely to be unemployed (50%, compared with 31% of consistent engagers) and to have a longstanding illness or disability (41% compared with 21%).

The picture is similar for museum and gallery goers, although engagement is lower than with the arts. While just over half of the population reported attending a museum or gallery in 2014/15 – a figure that has increased by ten percentage points since 2005/06 – just 31% of the longitudinal study respondents said they did so in all of the three years.

The frequency with which respondents’ visited museums and galleries remained static over the three-year study, but there was a slight decline in frequency of arts attendance and participation. 20% reported engaging less frequently with the arts in the third year of the study than in the first, while only 16% reported engaging more frequently.

The most common reason participants gave for a change in how often they engaged with the arts was a change in the amount of free time they had. 41% of respondents who participated less and 37% who attended less put this down to a drop in their free time.

The second most common reason for reducing arts engagement was having other things they preferred to do; around 15% gave this reason. A similar proportion cited increasing work demands as a reason for a drop in arts participation, while many who attended events less frequently said there had been fewer events that interested them that year (11%).

Correspondingly, many participants who attended more arts events than they had the previous year pointed to having more free time (21%) and there being more events that interested them (17%). Enjoying the social side of arts engagement and having friends who engaged more often were also factors (14% and 11%).

Other reasons respondents gave for increasing their participation in the arts were wanting to broaden their interests and wanting to introduce their child to a new activity (14% and 13%).

Having a bad experience at an arts event can put people off engaging again, researchers found. Respondents who said they had not enjoyed attending or participating in an arts event were more likely to decrease their engagement with the arts the following year than those who had a positive experience.

The DCMS recently announced changes to its Taking Part survey, including plans to move the longitudinal study online for the first time.

Members of the current longitudinal panel and all future Taking Part interviewees will be invited to join the online panel and continue to report on their participation every year. The DCMS predicts that, in total, the online longitudinal survey will be completed by around 5,000 people in 2017/18, rising to 8,000 by 2020/21.