Arts engagement has not increased in England since 2005/06, although there have been pockets of growth amongst those in rural areas, older people and those with a disability. 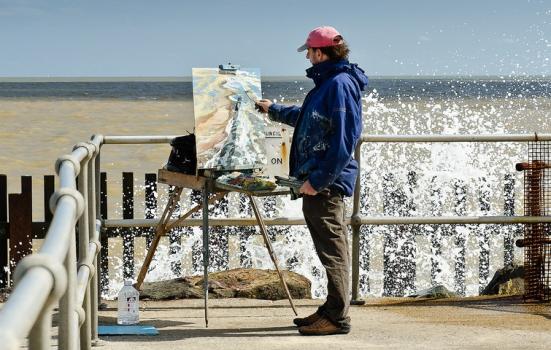 Visitor numbers at museums and galleries have grown by ten percentage points since 2005/06, however engagement with the arts across England as a whole has been static during this period. In the past year, there was a statistically significant fall in the proportion of adults engaging with the arts at least once, from 78% to 77%. The findings come from the latest DCMS-sponsored Taking Part survey, which is now in its tenth year.

The figures show that the only significant growth since 2005/6 has been in the North West, where the proportion of adults engaging with the arts has grown from 72% to 78%. The static national picture disguises other pockets of growth, such as amongst those living in rural areas, who are now more likely than their city-dwelling counterparts to engage with the arts – 79% compared with 76%. There has also been growth in the number of 65 to 74 year olds engaging with the arts – from 71% nine years ago to 78% now. Significantly more of those in the 75+ age bracket also now engage with the arts (from 58% to 62%), although this group continues to have the lowest engagement rate. The proportion of adults with a long-standing illness or disability who engage with the arts has also increased (from 70% to 73%), as has the proportion of those in lower socio-economic groups (from 65% to 67%) and those not working (from 69% to 72%).

In-kind support in the form of volunteering has become marginally more popular: 8% of adults volunteered in one of more of the DCMS sectors last year – a statistically significant increase on the 7% who did so in 2005/06. But only 30% of all adults made a donation to any of the DCMS sectors, compared with 33% per cent in 2010/11, when this data was first collected.

The Taking Part report is commissioned by the DCMS in partnership with Arts Council England, Historic England and Sport England. It interviews nearly 10,000 adults across England. For the purposes of the research, the definition of ‘engagement’ includes both arts attendance and participation, and respondents are asked if they have participated in a given list of arts activities, such as practicing circus skills, painting or attending events such as live music performances or plays. The findings are used by policy officials to measure and understand participation in the cultural sectors, and are regarded as the key evidence base for the DCMS, providing reliable national estimates of participation and contributing to the department’s own performance indicators.

Reports have been issued quarterly until now, but in future will be published every six months. The next release is scheduled for December 2015, and will be linked to a consultation on the future of the Taking Part survey.