New research suggests the expanding role of music managers and an outdated earnings model means “we run the risk of losing many of these talented professionals altogether”. 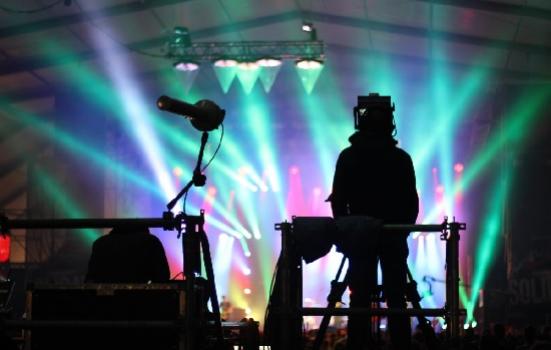 The profession of music management is becoming “increasingly unsustainable”, with managers taking on many of the roles traditionally assumed by record labels, a new report says.

Its survey of 183 managers found 74% invest their own money, “often substantial sums”, in their acts: “yet 40% have received no outside investment, and only a select few have tapped into industry funded training schemes.”

While a quarter earn more than the national average wage, 56% of music managers surveyed earn less than £10,000 per year from this business – and 21% earn nothing at all.

Alistair Norbury, President of Repertoire and Marketing at BMG UK said music managers do more today than ever before.

“They are multi-taskers who need to have a range of skills broader than virtually anyone else in the music industry. The good ones earn every penny of their commission.”

The contraction of the global record business over the past two decades has made labels more risk-averse, the report argues: “Out of necessity, many managers assumed many of the specialist roles previously performed by labels – notably marketing but, particularly for the larger management firms, newer areas such as data analysis and DSP (demand side platform) relations.”

Some management firms are expanding to add specialists in these areas. “This ‘service on top’ model is seen by many as the only viable response to the growing demands on management.”
Nearly three quarters of music managers surveyed have invested in their own personal development, and respondents reported an array of skills and responsibilities outside of managing their artists.

85% were involved in label and release management, 76% handled their clients’ social media, 70% managed branding and creative assets, 65% do promotion and public relations, 57% manage touring, nearly half keep the books and almost a quarter offer legal services.

MMF Chair Paul Craig says the same digital forces that have disrupted the live and recorded music sectors “have pushed artists and songwriters to the forefront of the business”.

More managers are open to joint ventures with artists who are creating their own “microbusinesses”, and most are taking a “stealth development” approach where record labels’ involvement – and financial assistance – is delayed until the artist has momentum online.

“Though sometimes born of necessity, there is increasingly sound commercial sense in a manager providing this kind of early stage funding,” the report says.

However, several management company representatives interviewed for the research warned that while traditional record label deals might be losing their sway, managers cannot be masters of all trades.

The report notes: “the upsides of financial independence need to be counterbalanced by the additional workload this can entail. While a certain amount of development can be achieved online for a relatively low financial outlay, the drain on managers’ time and resources can be significant.”

As managers assume a greater variety of responsibilities, the longstanding earnings model – a 20% commission – is viewed by many as “anachronistic and unfit for purpose”.

The report says this is still the predominant payment model, with 66% of music managers working on commission. Some managers will delay seeking payment from an artist to protect their early stage careers, meaning the manager loses out in the long run.

Differences in how live and recording artists are managed further strain the commissions model. “For instance, something like studio session work might be out of scope of the agreement, and so the manager may opt not to take commission on that,” the report says.

It argues for new payment models to be investigated: “With so many upcoming managers not making any money at all, we run the risk of losing many of these talented professionals altogether.”

Not only outdated for music managers but their employees too. It's just me and the manager in a scenario where the manager throws the whole company at me and I have to work extremely long hours to do everything from tour manager to marketing to contracts to accounting and much more for a ridiculous salary.