An undersized musician population, a lack of artist support and performance space pressures: why live music in the Midlands is falling behind the rest of the UK. 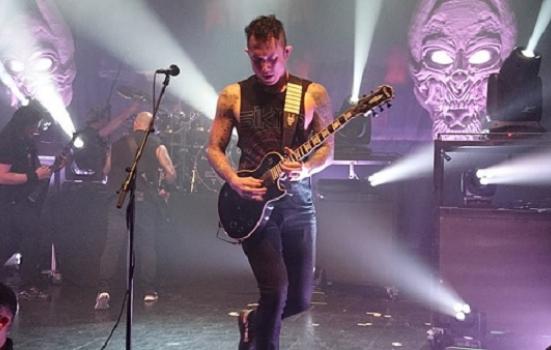 Matt Heafy performs at The Institute in Birmingham in 2017. The number of live music venues in the Midlands is in rapid decline.
Photo:

The number of live music venues in the Midlands is declining more rapidly than elsewhere in the UK amid challenges in sustaining the region’s music economy, new research has found.

The report, produced by BOP Consulting for Arts Council England (ACE), says the Midlands offers a strong range of performance opportunities and local acts but “lacks the infrastructure to make the most of this talent” – insufficient managerial expertise, rehearsal and performance spaces and audience outreach were cited as barriers to growing its music scene.

The region has roughly 2700 musicians, about a third as many as would be expected based on its population. “The gap … suggests that the Midlands is less effective at developing and sustaining musical talent in the form of careers than elsewhere in the UK,” the report says.

It recommends that ACE builds a directory of organisations and people working in music in the Midlands to strengthen existing music networks and help address challenges in career progression, access to funding and the preservation of performance venues.

Focus groups convened by BOP Consulting expressed concerns about “talent drain” away from the Midlands to London.

The region’s talent pipeline is being hampered by weak infrastructure, participants said. Issues include a shortage of new managers who can grow emerging artists’ careers and little funding to produce high quality recordings that would attract bigger labels.

Respondents to a separate survey of the music sector said ongoing support was needed to develop local talent. “‘One-to-one advice from the Arts Council England Midlands Relationship Manager’ was considered by far the most valuable” form of assistance people would have found useful before making a funding application.

Several Midlands venues including The Greyhound in Nottingham, The Haygate, Telford, The Roundhouse in Birmingham and Derby’s Victoria Inn have closed in recent years. The report notes that regulatory actions arising from noise complaints have added pressure to the industry.

“That the live music sector is challenged…can seem an increasingly prevalent reality,” say the authors.

“The Assembly in Leamington Spa, for example, closed as this research was ongoing. The company that ran the Assembly attributed this closure to rising rent and business rates along with the high costs of maintaining a listed building.”

Financial issues – including pressure to lower the cost of shows, business rates and a dearth of mid-sized venues – were found to be among the factors making it difficult to sustain a live music scene and book and attract touring work.

Despite a drop off in the number of venues, nearly half of the Midlands’ music jobs are in live music. It is likely that this reflects higher employment in large venues and festivals, according to BOP.

Cornwall as a model

The Cornwall Music Network works closely with organisations including ACE. It employs a part-time project manager who is supported by an advisory board of musicians, educators and businesspeople.

“Cornwall is largely rural and, like the Midlands, covers a large geography. Nonetheless, perhaps assisted by a relatively strong sense of county identity, Cornwall sustains an effective music network,” the report says.

“Whether the Midlands shares a sense of identity as strong as Cornwall might be debated [but] the Midlands also contains cities that might more effectively sustain music networks.” Existing networks in the region lack “co-ordination and join up” it adds.

Focus groups said a stronger system for contacting bands and building trust with collaborators would help grow touring opportunities, drive collaborations in the sector and advocate for policy changes and investment to improve its infrastructure.

ACE could play a more active brokering role in these partnerships, the report says: “This brokerage is only likely to be productive, however, where the sector is keen for it to occur. The purpose of networks must be driven by the music sector itself, rather than ACE.

“If this balance can be struck, it seems likely that it would be beneficial to ACE and the music sector.”

I'd be interested to see how BOP define musicians. The figure of 'roughly 2700' musicians in the Midlands seems rather unrepresentative. There are easily that many in Leicestershire alone, possibly Leicester alone - as in musicians actively performing at or planning to perform at live music venues. I'm not arguing that live music in the area is in decline though - sadly this is currently the case.