The DCMS Committee is concerned Camelot, the current Lottery operator, has not increased returns to the arts at the same rate as its rising profits. 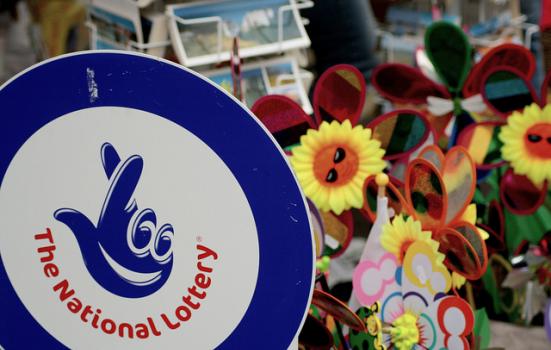 MPs have once again initiated an inquiry into the future of the National Lottery to ensure it benefits good causes like the arts.

A similar inquiry launched in July 2019 to boost returns to the community ended before it began because the Government changed before any hearings took place.

Now, the DCMS Committee says it is responding to criticism that the current National Lottery operator, Camelot, is delivering too small a cut of its rising profits to its Good Causes fund, 20% of which is distributed to the arts.

MPs will examine the contest for a new licence to operate the National Lottery and "scrutinise" the preferred applicant, expected to be announced in September.

Changes will be made to the operating licence to ensure contributions to arts, sports and charities rise in relation to lottery profits, the committee says.

"Our concern is not only with the operation of the competition to find the next operator, but also with the Gambling Commission that is overseeing the process," Committee Chair Julian Knight said.

"Crucially we’ll be asking what measures will be in place to ensure that when profits rise, it’s not just the operator that benefits, but good causes too."

A Camelot spokesperson said it was "wrong to assume that returns to Good Causes haven't grown significantly" during its operatorship.

"Annual returns to Good Causes are now more than £500m higher than they were at the start of the licence in 2009."

The committee is seeking written submissions to the inquiry until September 10.

An analysis of good causes funding over recent years does not necessarily bear out MPs' concerns.

Since 2017, National Lottery sales have grown by £1.42bn while Good Causes funding has increased by £232m.

Camelot's licence caps its profits at 1% of sales, meaning its takings have grown by £14.2m over the same period.

However, proportional returns to good causes have been declining.

Most of Camelot's profits in the 2020/21 year came from instant win games, which return a lower proportion of sales to the Good Causes fund.

Lottery funding for the arts has been spread thin due to the pandemic. Arts Council England offered a reduced pot of money last July after using £140m to create its £160m emergency response fund.

That funding round is open until the end of August.

A 2018 inquiry by MPs on the Public Accounts Committee found that good causes "lost out" when the lottery's operating licence was last negotiated in 2012.

Sales had been in a slump at the time, prompting the inquiry.

The committee said the terms of the licence were "not flexible enough to protect the interests of good causes as player behaviour changes" and unofficial society lotteries' popularity increases.

The DCMS Committee will question how effectively the current National Lottery licence supports its primary objective - generating money for Good Causes - and consider the way in which returns to the fund are calculated.

While Camelot, which has operated the National Lottery for the past 25 years stands a good chance of renewing the contract in 2023, it faces competition from international rivals.