Camelot delivers highest ever lottery return to the arts

The National Lottery operator generated £1.88bn for good causes in spite of the pandemic, but withheld £59.2m to boost its marketing budget. 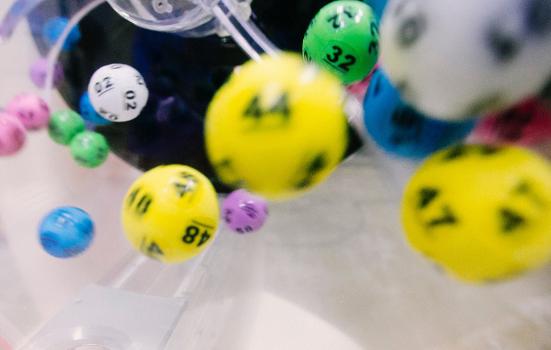 Camelot had a blockbuster year despite Covid-19 - is it a good sign for the future of Lottery funding?
Photo:

National Lottery funding generated for the arts hit an all-time high in 2020/21 despite the pandemic.

Lottery operator Camelot delivered £1.88bn to its Good Causes fund - a 1.8% increase on the previous financial year - after attracting record sales of £8.3bn.

However, it also withheld £59.2m from good causes like the arts to boost its marketing budget.

This deduction of funds is approved by the Gambling Commission and necessary to secure the National Lottery's long term future amid growing competition from "synthetic" society lotteries, a Camelot spokesperson said.

"It amounted to a 147% return on investment for Good Causes over the year - so a considerably higher sum than they would have received if we hadn't carried out the additional marketing activity."

The Good Causes fund is distributed by DCMS, with 20% directed to arts projects as National Lottery Project Grants. Eventual returns to Good Causes were £1.82bn in 2020/21 - the equivalent of £1m per day for the arts.

The amount redirected to marketing is the largest to date, growing from £39m in 2018/19 when Camelot's deduction meant less was distributed to arts, sports and charitable activities despite a £255m increase in sales.

While that has not been the case this time around, the average National Project Lottery Grant was £19,530 in 2020/21, so Camelot's extra marketing allowance could have supported at least 600 more arts projects.

Lottery grant funding for 2,550 arts projects totalled nearly £49.9m last year, half of what was delivered in 2019/20 as Arts Council England diverted lottery funding for its initial emergency response package.

Camelot Chairman Sir Hugh Robertson said the fourth consecutive year of rising sales was in part achieved by "making the right strategic calls as a business".

After an 18% hit to sales at the start of the pandemic, Camelot undertook "urgent interventions" to minimise the effect of Covid-19 on National Lottery sales.

Many of these, such as updated advertising promoting online play and a campaign celebrating players' role in raising emergency funding, were an acceleration of work done since 2017 to improve its digital, retail and public relations.

CEO Nigel Railton attributed the turnaround in last year's sales - an increase of £468.8m on 2019/20 - to these changes, with the company citing "positivity" towards the National Lottery brand as key to its success.

Robertson added: "Without this money, many organisations would have ceased to function."

Sales of draw-based games like Lotto and EuroMillions that contribute more heavily to the Good Causes fund grew by £153.6m, or 3.27%.

Scratch card sales, which contribute less, declined as fewer people shopped in person but this may not indicate a longer term trend: online spending grew by just 3% and retail sales returned to near pre-pandemic levels by 2021.

Camelot's performance over the past year places it in good stead approaching the September deadline to bid for the next National Lottery licence.

Camelot, which has operated the UK National Lottery since its inception in 1994, faces strong competition from these companies, as well as an increase in unofficial society lotteries.

The Government announced last month it would increase licence fees for online gambing operators by 55% from April 2022 to better resource the Gambling Commission to tackle new regulatory challenges.

Camelot, which is considered 'land-based' despite its growing digital presence, will not be affected.