MPs to assess ‘class ceiling’ in the arts

A new parliamentary inquiry will report on the barriers to social mobility and identify practical action that can be taken by charities and the Government to address them. 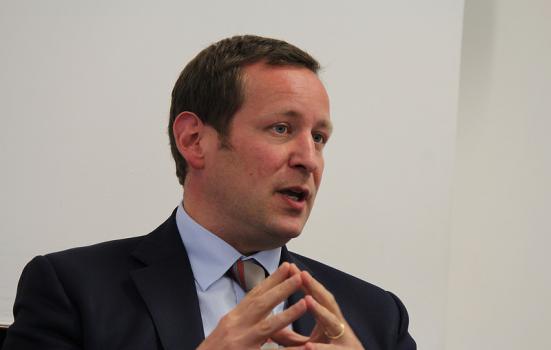 A group of MPs is seeking evidence of the barriers to a career in the arts for people from lower-socio economic backgrounds, and successful examples of programmes that increase access.

The Performers’ Alliance All Party Parliamentary Group (APPG), which comprises politicians from across the political spectrum, including the former Culture Minister Ed Vaizey, launched a new inquiry this week into the “class ceiling” in the arts.

It will collect oral and written submissions from performers and people working in the sector and feed back with a report in September.

In five oral evidence sessions between January and July next year, the research will focus on “critical pressure points” in each of the creative disciplines covered by the APPG – music, acting and writing.

It will attempt to define and monitor class, as well as examining issues relating to young people learning musical instruments and breaking into the arts. It will also consider how artists can sustain financially viable careers, and ask for direct feedback from Government on points raised in other sessions.

This work will include reviewing current initiatives by organisations for improving social diversity, and will aim to identify practical action that can be taken to effect change.

“The main focus will be asking what works to address each of these challenges, and how can government respond,” an APPG spokesperson said.

“The absence of social mobility is partly because class is not a ‘protected characteristic’ in equality legislation, which has meant data collection and publication of statistics on class diversity and social mobility monitoring has been uneven across the arts workforce.”

The inquiry brief notes that research such as the Panic! report on social class – which found working class people are “significantly excluded” from arts careers – has led to a much greater understanding of the lack of social mobility in the sector.

An APPG spokesperson said class bias needs to be addressed because it is stunting the diversity of the creative sector’s output and “preventing talented people from finding rewarding jobs in a booming part of our economy”.

“Some of the great performers from working class backgrounds of the past 30 years…wouldn’t make it today,” they added.

Actor and writer Jackie Clune, Vice Chair of Equity’s Stage Committee, spoke at the inquiry launch event of her concern that young people today have fewer opportunities than were previously available.

“I managed to carve out what, in optimistic moments, I refer to as ‘my career’ because I was lucky enough to be a recipient of free education and government sponsorship of the arts. These things don’t exist in any real way any more – not for people like me,” she said.

The Government’s EBacc performance measure is seen by many as reducing access to the arts in schools – particularly for young people living in the most deprived areas, and for those with lower attainment.

Clune added that the value of studying different subjects is now being assessed according to their graduate income projections and reputation among higher education institutions. This, she said, is contributing to the ‘leaky pipeline’ preventing people from working class backgrounds from progressing into a career in the arts. She called for rewards for teachers that train in the arts, drawing a comparison with incentives currently provided for science teachers, and more lobbying of Government to support theatres doing outreach work with schools.

“If these educational leaks can be fixed then our culture will be enriched and more diverse - and more truly reflective of who we are, who we dream we could be and who we aim to be in the future,” she added.