Craft is the only artform to come close to accurately representing working class communities across the UK, new research finds. 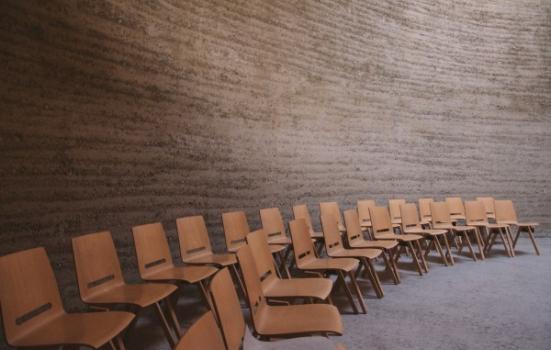 The cultural and creative sector “significantly excludes” those from working class backgrounds, which is in addition to barriers faced by women and people who identify as disabled or Black and minority ethnic (BME), new research finds.

It also finds these barriers are intensified by the high prevalence of unpaid work in the sector, and a tendency among the best-paid arts workers to believe success in the arts is determined by talent and effort.

“In terms of social class, social mobility has been a longstanding problem for the sector, meaning that it is currently dominated by those from affluent social origins,” the report reads.

“There was also no ‘golden age’ for social mobility within the cultural sector.”

The Panic! Report, primarily written by academics Dr Orian Brook, Dr David O’Brien, and Dr Mark Taylor, draws on survey data from 2015 and several academic papers into social mobility in the arts. It fuels growing concerns about inequality in the arts, following the release of gender pay gap information and data sets outlining the under-representation of BME staff in arts organisations.

Noting that the debate has so far failed to recognise the scale of social inequalities in the sector, the report analyses values and attitudes, social mobility and demographics among the arts workforce.

It finds that although a third of the UK workforce comes from working class origins, just 18.2% of the music, performing and visual arts workforce is working class. Only ‘crafts’ comes close to accurately representing the working-class workforce, with every other cultural occupation having many more workers from upper middle-class origins – who make up less than one in 15 of the population.

Unpaid work is found to be “endemic”.

The report says class background determines whether those working for nothing consider this to be a choice and an investment in the future, or an unavoidable period of exploitation.

The authors note those from a working-class origin “do not seem to be benefitting from working for free as a way of accessing their desired occupation”.

The best paid people in the sector – who are therefore the most influential – are the most likely to believe the arts rewards talent and hard work, and to be the most sceptical of the impact of social factors such as class, ethnicity or gender.

The report also finds the creative industries are mostly upper middle class and with very different cultural tastes from the rest of the population.

The authors say this presents another barrier for people seeking work in the sector in the form of ‘cultural matching’, in which people who do not have shared tastes of specific social groups are excluded.

“To what extent is the cultural and creative sector delivering on representing individuals, communities, and the nation if research suggests its tastes, values and attitudes are also relatively coherent?” the report asks.

The academics have partnered with Create London to share the findings of the studies, including work with the Barbican Centre and Arts Emergency to deliver a cultural programme around the themes of the research.

Pulse report – part 1: Diversity in the arts workforce – what needs to change?