£500k is being shared by eleven shortlisted boroughs to develop plans to support artists and creative businesses in their areas. 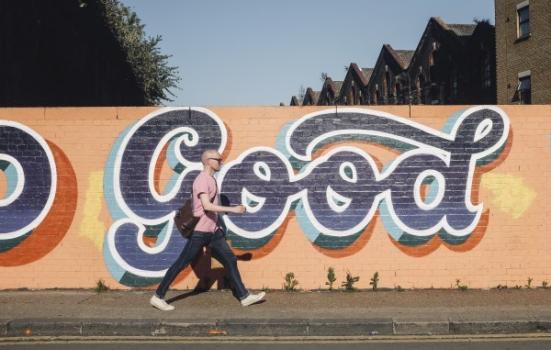 Eleven London boroughs have been granted a combined £500k to develop plans to become Creative Enterprise Zones, as part of Mayor Sadiq Khan’s plans to boost creativity and protect artists from rising property costs in the capital.

The boroughs will provide affordable business support for small businesses and artists, and ensure creative workspaces are available at “well below market rates”, as well as adopting pro-culture planning policies.

Ten £50k development grants have been awarded across eleven boroughs to help develop plans for the zones. The boroughs will be invited to pitch for more money this summer, and three winning boroughs will be selected in the autumn to become designated Creative Enterprise Zones.

“Rising rents, increased property prices and the decline of affordable workspace have all contributed to the pressure on creative communities, with London predicted to lose 30% of affordable creative workspace by 2019,” a spokesperson said.

They added the initiative will help creatives “put down roots, establish themselves in local areas, attract new artists and creative businesses, and develop skills in local people”.

The initiative, which was launched by City Hall at the end of last year, is one of a number of commitments made by Khan to support creativity in the city. It follows the London Borough of Culture award, which has been granted to Waltham Forest and Brent for 2019 and 2020 respectively.

25 boroughs applied for the Creative Enterprise Zones initiative, and ten submissions have been shortlisted:

Each of the bidders will use the £50k grant to build a consortium of local creative businesses and workspaces, and research and develop action plans to help “formulate their vision” for a Creative Enterprise Zone.

Four of the boroughs – Barking and Dagenham, Camden, Lambeth and Lewisham – will also benefit from funding through the London Borough of Culture programme, which awarded £850k through Cultural Impact Awards in addition to the £1.35m title prizes.

Deputy Mayor for Culture and the Creative Industries Justine Simons said the Mayor’s office is committed to “disrupting” the cycle of creatives being squeezed out of areas after helping to regenerate them. She stressed that Creative Enterprise Zones would both nurture “the artistic leaders of tomorrow” and create “communities where developments and creatives work and live side by side”.

Boroughs will be invited to bid for further funding to become one of three designated Creative Enterprise Zones in the summer, with funding provided from 2018/19 to 2020/21.

London to get ten ‘Creative Enterprise Zones’ in £5m scheme