Arts teachers confirm dire impact of EBacc in the classroom

New research paints a grim picture of growing job insecurity as schools prioritise the EBacc agenda over creative and vocational subjects, and steer students away from the arts. 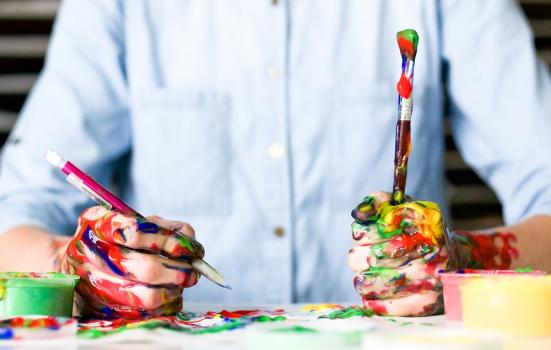 A survey of secondary school teachers in England has confirmed critics’ fears that changes in education policy are limiting access to creative subjects, reinforcing subject hierarchies and increasing student disengagement.

The research report ‘A Curriculum for All?’, commissioned by the National Union of Teachers (NUT), reveals that most teachers agree with the view widely held in the arts sector that the English Baccalaureate (EBacc) is squeezing creative subjects out of the curriculum.

Teachers believe their schools are now failing to deliver a suitable curriculum for many, especially lower attaining students and those who are more creatively or practically inclined.

The research conducted by the School of Education, Communication and Society at King’s College London is based on a survey of 1,800 NUT members and case studies of three secondary schools in London.

With the proportion of students entered for and attaining the EBacc – a suite of seven or eight GCSEs that does not include the arts – becoming a ‘headline’ performance measure in 2016, schools are responding through the subject options they offer. Researchers found that schools have different levels of flexibility for delivering the EBacc, and those operating in a more stable and secure context are “better able to protect creative and vocational subjects in their schools”.

Schools described by Ofsted as ‘inadequate’ or ‘requires improvement’ were the most likely to be offering fewer GCSEs subjects. One art and design teacher working in a school with a ‘requires improvement’ Ofsted rating said: “A lot of the art subjects were cut because they were time tabled against other art subjects so students could only choose one. More subjects are being dropped entirely this year, e.g. graphics and textiles.”

75% of teachers reported that students now had fewer GCSE subjects to choose from in their schools. 82% said that exam entries in creative subjects had fallen.

Teachers of ‘non-core’ subjects said they were facing greater job insecurity as a result. One teacher said staff faced “threats of redundancy if we cannot teach a second subject,” commenting that “many teachers are left with their full time timetables slashed in half”.

Performing arts subjects, design and technology, and vocational subjects were reported as the most likely to have been dropped or to have reduced resources and less time allocated to them, as students are withdrawn from classes for catch-up sessions and exam preparation in ‘core’ subjects.

The Head of Maths in a school rated ‘good’ by Ofsted explained how “dedicated classrooms for drama, media and music have been turned into science rooms [with] sinks, gas taps, etc. added and sound engineer rooms removed”.

Some arts teachers felt that the general steering of students towards EBacc subjects was turning some of most talented students away from their subject. One commented “Excellent candidates for artistic subjects have been actively discouraged from taking arts courses and told to do triple science and EBacc instead,” while another reported that it is becoming “harder to get higher ability musicians to consider GCSE as an option”.

Teachers voiced concerns around students being forced to take subjects that they are not motivated to study and do not enjoy because they are part of the EBacc curriculum, which in some cases is leading to disengagement and a deterioration in their behaviour.

Problems arising from the EBacc are being compounded by the introduction of new-style GCSEs with less emphasis on coursework and more on written final exams. Teachers reported that this has made it harder for them to respond to the diversity of students’ needs and disadvantages students who are less able to perform well in written examinations. It was described as particularly “demoralising” for students with special needs, and those for whom English is not their first language. The report notes: “Phrases such as ‘setting students up to fail’ were frequently used by teachers in this context.”

The more knowledge-focused approach of the new GCSE specifications was described by some as being “uninspiring and anachronistic”, with the syllabus and assessment of creative subjects being heavily criticised for failing to place sufficient emphasis on practical elements.

One dance teacher said: “Dancers who are amazing dancers will not be as successful as average dancers with good subject knowledge. This is it the way that a creative subject should be assessed. It is discouraging for talented dancers!”

The research found no evidence to suggest that the new-style GCCEs can achieve the Government’s goal of facilitating “approaches to teaching and learning more suited to the attainment of deep knowledge and higher order cognitive skills by learners across the attainment spectrum”.

EBacc cracks are starting to show