The policy has taken effect but tech issues are rife, guidance is lacking and venues say there hasn't been a "meaningful consultation". 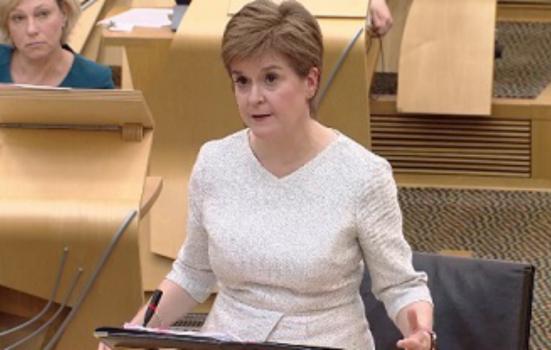 The Scottish Government has bested a legal challenge to introducing vaccine passports.

The Night Time Industries Association (NTIA) on Monday (27 September) said it had instructed lawyers to commence proceedings "given the serious flaws in the policy as proposed".

Scotland's certification system, which does not permit a negative test in lieu of vaccination, applies to nightclubs, unseated indoor events with more than 500 people, unseated outdoor events of more than 4,000 and any event attracting over 10,000 people.

Scottish Conservatives tried to vote down the measure on Wednesday. But they and the NTIA failed to delay the policy, which came into force 5am Friday (October 1).

A judge rejected the case, saying it was a balanced way of addressing "legitimate issues" and would be subject to review every three weeks.

Guidance was lacking in the days leading up to implementation. Equality and business impact assessments are yet to be published, and the country's Covid Pass app - already the subject of thousands of complaints of malfunctions - doesn't show vaccinations administered outside of Scotland.

The NTIA in Scotland says the policy penalises a small subsection of the economy still reeling from the impact of Covid-19.

There has been "dialogue" with the Government, but no "meaningful consultation", Vice-Chair Gavin Stevenson said.

The NTIA is not opposing vaccine passports in Wales, which First Minister Mark Drakeford has confirmed will be required from October 11.

Nightclubs, non-seated indoor events with more than 50 people, unseated outdoor events of more than 4,000 and any event exceeding 10,000 attendees must ask for proof of vaccination on entry.

"We will use the next three weeks to work with venues and the events sector to prepare for its introduction, to give them the time they need to make it a success," Drakeford said last week.

Event organisers will be legally obliged to "take all reasonable measures" to bar entry for the unvaccinated.

What constitutes 'all reasonable measures' is yet to be defined by the Scottish Government.

It expects event organisers to carry out "as many checks as is reasonably practicable" and for nightclubs - defined as venues open after midnight with alcohol, music and dancing - to conduct "a 100% check of every certificate".

Spot checking is allowed during the first four weeks, though businesses must produce a compliance plan detailing their system for checking and restricting entry by October 18.

Sturgeon said Tuesday's "compromise" on enforcement shows the Government is listening to businesses' concerns and allowing time to adapt.

"The Government remains of the view that a targeted certification scheme does have a part to play in driving vaccination rates up as a high as possible and providing an additional layer of protection over the winter months."

NTIA says the scheme is "neither proportionate nor represents the lowest level of intervention possible to achieve the public health imperative".

It does allow, however, for the end of capacity limits of 2000 people indoors and 5000 people outdoors.

Whilst the app to check Scottish Covid passes is free, event organisers will be expected to cover any additional staffing or infrastructure costs: "It is not currently anticipated that additional funding will be made available. The scheme is designed to allow businesses to stay open and function as near normal as possible," the latest guidance says.

People performing or working in the venues will be exempt from certification.

England is consulting on whether vaccination should be mandatory for staff in venues where a passport system might apply.

Unlike Scotland and Wales, England has decided to keep passports in reserve in case its Plan A (keep calm, vaccinate and carry on) proves ineffective over winter.

The Government is "particularly interested in views from businesses, event organisers and venue operators" who used certification voluntarily over the summer.

It is seeking feedback on what venues should be included in a potential passport system, who should be exempt, and whether unvaccinated staffers should be subject to compulsary routine testing.

The consultation closes on October 11.