Nations press ahead with vaccine passports for events

More concrete plans to require certification at large events come as research indicates the policy could put people off getting vaccinated. 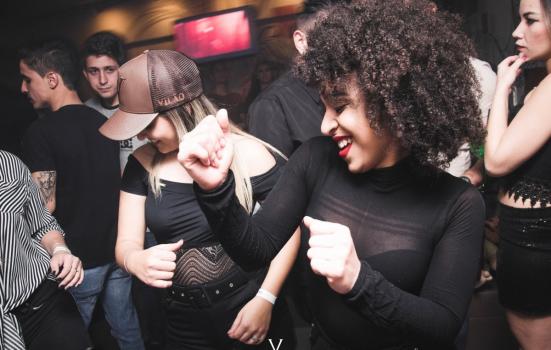 Nightclubs are incensed about the policy and say they weren't consulted

Governments are pressing ahead with vaccine passports for large events to the chagrin of some in the sector.

Scottish MPs will vote next week on introducing vaccine certification for "higher risk" venues like nightclubs and music festivals later this month.

If the motion passes, proof of full vaccination will be required for entry to unseated indoor events with more than 500 people, unseated outdoor events of more than 4,000 and any event attracting over 10,000 people.

"We believe that a limited use of vaccine certification in certain higher risk settings, could help us to keep businesses open and prevent any further restrictions as we head into autumn and winter," First Minister Nicola Sturgeon said, noting a recent rise in cases.

Downing Street also confirmed it would implement vaccine passports by the end of September against the complaints of nightclubs and cross party MPs.

"There is no change in our position," a spokesman said on Tuesday (August 31).

"We are planning to make full vaccination the condition of entry to nightclubs and other venues where large crowds gather. Proof of a negative test will no longer be sufficient."

Further details on the English vaccine passport are expected in the coming weeks.

Commentators have questioned the inconsistency of the Scottish proposal - conferences and weddings, for example, may have more than 500 attendees but are not currently under consideration - and alleged it is largely a tactic to drive vaccinations.

New research from the London School of Hygiene and Tropical Medicine suggests that strategy could backfire.

Researchers asked 17,611 people whether they would be more or less likely to get vaccinated if certification was required to attend "social events" including the theatre.

Two-thirds of those who were hesitant to get the jab - about 7.5% of the population as a whole - said a passport system would make them less likely to accept a vaccine.

University educated men were also less likely; however, introducing the passports increased the likelihood that women, Christians and people over 45 would get vaccinated.

Requiring vaccine passports for domestic use was even more of a turn off than mandating them for international travel, the study found.

Vaccine passports may not only harm vaccination rates but also lead to "further distrust in the government and public health systems" and lower vaccination rates for other diseases, the study authors cautioned.

"As passports are unpopular with groups with low intent to vaccinate, the introduction of passports could have profound consequences in settings where there are lower levels of baseline confidence in vaccines."

Other research by The Audience Agency found the groups most likely to attend events are those on the later end of the vaccination schedule.

Evidence from its April survey suggested passports would initially exclude more attendees than they encourage, although this would change as more people are vaccinated.

Critics of the passports say they could drive revellers towards house parties and make managing the spread of Covid-19 more difficult.

Nightclubs in particular claim they were not warned about plans in Scotland after SNP initially appeared to reject the idea (ministers now say it was always an option).

"The Government urgently need to listen to the sector. Working together, listening to people who understand the industry is vital," Manchester's Night Time Economy Adviser Sacha Lord said.

The Night Time Industries Association, a longtime opponent, is asking members to lobby their MPs.

"Surely the Government can see this is not workable."

There is no clear definition in planning law, a shortcoming promoters are likely to seize on if threats of legal action against the Government materialise.

"Where is the evidence that this is required for nightclubs?... Many pubs, bars and hotels are larger than nightclubs and offer various entertainments.

"Consultation with the industry before this announcement was made would have been helpful."