Research to investigate censorship in the arts

An ArtsProfessional survey will examine whether fear of “biting the hand that feeds” is affecting freedom of expression within the arts and cultural sector. 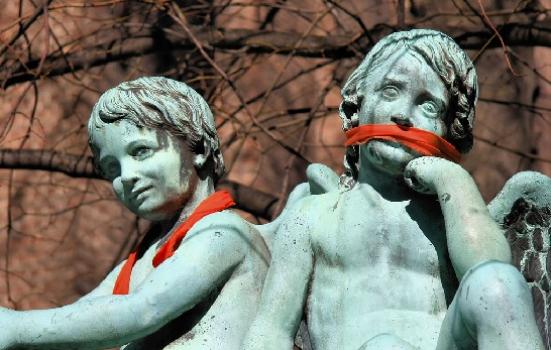 What pressures exist on freedom of expression in the arts?
Photo:

Research to gather evidence about limits on artists’ and arts organisations’ freedom of expression and possible pressures to censor themselves has been launched.

ArtsProfessional’s ‘Freedom of Expression?’ survey will allow arts and cultural workers to anonymously share their opinions and experiences about any coercion, intimidation, pressure or harassment that has come from speaking out about issues affecting the sector.

Among other issues it will examine the degree to which arts professionals modify their programmes to reduce the risk of controversy, whether they have felt under pressure for speaking out on any issues in the sector, and whether it is seen as ill-advised to express some opinions publicly.

The online questionnaire will also ask respondents about times organisations have offered them “gagging orders” – financial settlements in exchange for their silence on matters officials do not want made public.

The tip of the iceberg?

It is hoped that this research will enable the arts and cultural sector to have a more honest dialogue about addressing pressures on freedom of expression.

Recent reporting has revealed multiple and varied influences; from the personal to the political, the arts are facing both explicit efforts to curtail free speech and implicit biases that can impose censorship.

Sometimes this pressure is levied by the very bodies charged with care of the UK’s cultural life. Last year, the Royal Court dropped a play about Tibet after the British Council, the UK's official cultural diplomacy body, warned the theatre it would coincide with “significant political meetings” in China.

At other times domestic political debates can exercise an influence over the arts. Campaigners have called for funding to be pulled from a gallery that hosted a project to “reverse Brexit”, and transgender activists continue to rail against shows and speakers that question the validity of their existence.

Respondents will have the chance to safely shed light on their own organisations’ practices, as well as the influence of outside actors such as their communities, clients and campaigning groups.

There has been a long-held fear in the sector of “biting the hand that feeds”, and the research will interrogate the circumstances in which this attitude affects the work of individual organisations and artists.

The survey will ask whether …

Survey responses are anonymised and entirely confidential. We will be reporting the data in aggregate form only, but any comments you make may be published in the final report so please take care not to identify yourself or others.

If you would like to discuss the issues further – or contribute an article on the subject of freedom of expression for publication in ArtsProfessional – please email editors@artsprofessional.co.uk.

This article was updated on 25.11.19 to more accurately reflect the content of the survey.