What will Brexit mean for European arts partnerships?

The prospect of leaving the EU inevitably creates uncertainties – but a silver lining is a greater understanding of the value of international collaboration, says Christoph Jankowski. 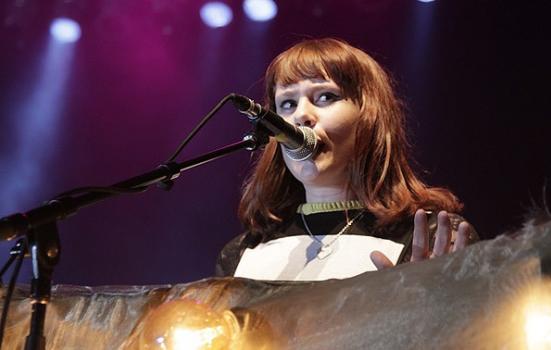 The EU’s Creative Europe programme made grants worth nearly €3.1 million to 11 UK-led applications this year, despite uncertainties created by Brexit. Creative Europe Desk UK’s Head of Culture Christoph Jankowski shares his thoughts on what the UK’s referendum result means for European collaboration – now and in future.

How are partner organisations in other European countries responding, and what is the current feeling of UK partners towards the Brexit situation?

In terms of Creative Europe funding opportunities, the UK has consistently been one of the most partnered countries. Reassuringly, the appetite to partner and collaborate with UK organisations is still positive. The recently announced 2019 Cooperation Projects results show that the UK was the joint most-partnered country alongside Germany, for example.

However quite a bit is at stake. Uncertainties due to a possible no-deal Brexit have unsettled some UK and rest-of-Europe arts and cultural organisations. This outcome would be likely to negatively impact Europe-wide partnership projects which rely on the UK remaining an eligible country throughout the Brexit process.

The greatest challenge is uncertainty and doubts in areas such as funding, visas, taxes and mobility. For some, the referendum outcome gives the impression that the UK might be less interested in working with European friends and peers.

The Cooperation Projects results of the Culture sub-programme in 2019 show that one in four selected projects have a UK partner, ranging from arts festivals to heritage sites. Overall, 32 UK organisations have benefited from €3.8m of funding in this round, and the UK has the third highest number of organisations in Cooperation Projects since 2014. This shows that UK organisations continue to be valued as partners by other European countries, bringing innovation, cultural skills and collaborative best practice to the projects, and not simply the funding.

How has the sector responded to concerns around Brexit?

Since 2016, the sector has actively talked about concerns arising from Brexit. For example, in September 2018 more than 60 cultural and creative experts from across Europe gathered at the Centre for Fine Arts in Brussels (BOZAR), in partnership with the European Cultural Foundation and the British Council, to address the potential impact of Brexit in their fields.

As part of that ‘Moving Beyond Brexit’ event, recommendations arose which included establishing a ‘European Action Fund’ to safeguard funding. The event also sought to protect freedom of movement and mobility for Europe-based artists and creatives, as well as continued UK participation in programmes across science, education and culture, such as Creative Europe. This was reassuring and it is important to ensure these recommendations are achievable and prioritised, whatever the Brexit outcome.

How are organisations in the middle of a project involving UK companies responding? Are they hurrying to get projects finished?

They are continuing as usual, while also discussing how to best mitigate the potential risks with their other European partners. Many organisations who are currently or have in the past been involved in European networks and Cooperation Projects are advocating for continued participation in the programme.

Have other countries started to exclude UK organisations as partners on new projects?

We’ve seen very little evidence of this. We hear from many organisations that what is most important is the partnership and delivering on something bigger than the sum of its parts. While it is true that an unpredictable political situation is not ideal, Brexit is just one of the risks that cultural Cooperation Projects face. These may include changes in financial or leadership circumstances, match funding issues, or travel and mobility challenges. These Creative Europe, values-based partnerships are incredibly good at mitigating all kinds of risks. The 2019 Cooperation Projects application success rate for UK organisations was higher than previous years, and above the European average, so the UK has not been singled out for exclusion.

Beyond financial considerations, what other value do you see in European collaboration?

The way in which Creative Europe Desk UK promotes the programme is by putting forward the possible impacts and changes that these projects can make, with less emphasis on the funding itself. Our recent Impacts report showed that the programme has provided training, boosted employability, encouraged digital innovation, grown audiences and helped reach disadvantaged groups. Overall it’s significant to recognise that UK arts organisations are valued partners for European organisations due to their brilliant innovation in areas such as inclusion, access and diversity.

For example, established Cooperation Projects such as Keychange, with the UK partner PRS Foundation, have recently hit the headlines with their pledge to create gender parity for performers at music festivals. Glastonbury has now pledged 50/50 representation of female artists by 2020, which is thanks to Keychange’s work. Creative Europe funding is therefore not replaceable by any one country due to the value of partnerships and network.

Are there any other new trends you’ve seen in relation to Brexit?

Since the referendum in 2016, the Creative Europe Desk UK has seen fewer applications from those only interested in funding opportunities. Most interest has come from organisations who have European collaborative working at the heart of their ethos. They are working harder than ever on keeping partners close, on both sides of the channel, and this is further strengthening cross-border relationships.

A silver lining to the uncertainties of Brexit is that there now feels like more of an understanding of the value of multilateral collaborative initiatives such as Creative Europe’s Cooperation Projects, despite the challenges. It is a future-oriented model of cooperation, innovation and calculated risk that has delivered benefits far beyond financial incentives since 2014.

Christoph Jankowski is Head of Culture of Creative Europe Desk UK – England, and Culture Advisor for the UK at the British Council.