Maths, science and reading will continue to be assessed against international standards, but DfE says testing young people's creative thinking is "not the best use of resources". 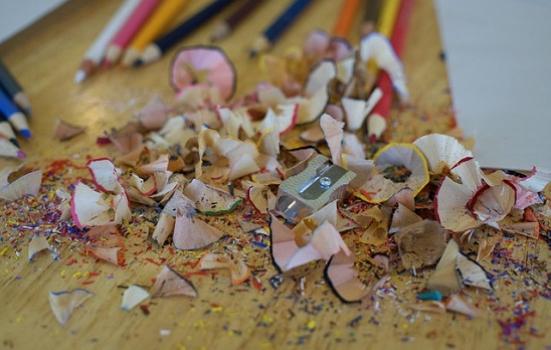 Students in England and Wales will not be entered into an international creative thinking test after the countries' governments declined to take part.

Maths, science and reading will continue to be tested under the Programme for International Student Assessment (PISA), but the Department for Education (DfE) decided earlier this month not to participate in a new assessment of young people's creative engagement and expression, knowledge creation and creative problem solving.

The call is a huge blow to the status of arts and creativity in the curriculum. According to framework documents, PISA has designed the test to measure and reflect "the nature of real world and everyday creative thinking".

"The PISA 2021 creative thinking assessment will provide policymakers with valid, reliable and actionable measurement tools that will help them to make evidence-based decisions. The results will also encourage a wider societal debate on both the importance and methods of supporting this crucial competence through education," the assessor says.

"Creative thinking is thus more than simply coming up with random ideas. It is a tangible competence, grounded in knowledge and practice, that supports individuals in achieving better outcomes, oftentimes in constrained and challenging environments."

PISA assessments test a sample of 15-year-olds across the world every three years in a range of subjects and provide international benchmarks for educational comparisons. Seventy-nine countries, including England, Northern Ireland, Scotland and Wales, took part in the 2018 assessment.

But a DfE spokesperson told AP the creative thinking test, due to take place 2021, is not part of the core scheme and participating in it is considered to be “not the best use of resources”.

For the past two years English academic advisers have been working with the team at the Organisation for Economic Co-operation and Development (OECD), which is developing the PISA test. The team was notified that England would not be taking part just before the election period.

The decision follows a similar decision by Wales, announced in July. Scotland will be undertaking the field trial for the PISA 2021 assessment in schools next spring, including the creativity domain, and a decision on final participation will be made after the trial.

Professor Bill Lucas, Co-chair of the PISA 2021 Test of Creative Thinking, believes that, although increasingly valued globally, creativity is not yet seen as important enough in the English education system. He says the government’s decision is a mistake.

He told the TES that some people fear opting into the creative thinking assessment would give “a signal that you don’t value standards in English, maths and science as much, because you are somehow potentially aligning yourself with a view of the purpose of education that is beyond the basics of the core subjects.

“This has become an entirely false binary position. It’s very unhelpful. There is a growing amount of research showing that if you embed creativity rigorously, standards in other subjects also go up.”

But he noted DfE could still reconsider its position after the general election: "In conversation with my colleagues at PISA, it’s clear that well into next year, it will be possible for governments to opt in to the PISA 2021 creative thinking test."

Two West Yorkshire schools decided to put the arts at the heart of their curriculum. They found different challenges – but had similar...

Can libraries deliver culture for all? ACE’s new strategy unveiled

Children, young people and libraries are central to the funder’s ambitions to enable everyone to benefit from creative and cultural...