The authority says charities that don’t pay “need to reflect on the fact that they are not contributing to the costs of fundraising regulation”. 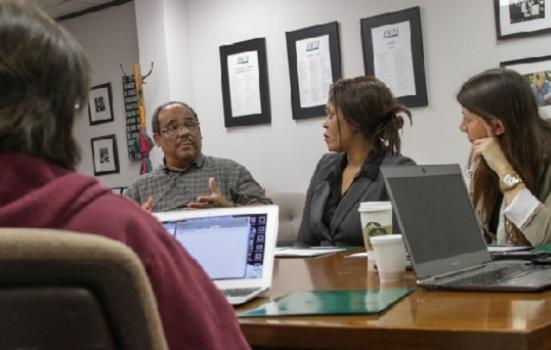 The Fundraising Regulator is sending out invoices for its voluntary levy this month (stock photo)
Photo:

The Fundraising Regulator has said that a voluntary annual levy on more than 1900 charities is “not optional” as its new payment scale takes effect.

Organisations will receive invoices this month for amounts ranging from £150 to £15,000 within 30 days. Two new bands have been added to its scale of payments, aiming to create a more gradual progression for smaller charities.

The Fundraising Regulator says it has “always been transparent that the levy is not statutory” – but it has faced accusations of not always being transparent that the levy is voluntary. In February 2017, it was reported to Trading Standards by Children and the Arts for implying the donation was compulsory, but it was not possible for the complaint to be investigated as the Regulator is a quasi-government body.

A handful of arts charities are named in a public list of charities that don’t pay the levy. Bristol Old Vic Theatre School, Birmingham’s Ikon Gallery and Whitechapel Gallery in London are among those that have not contributed since the system was introduced in 2016.

The authority publishes this list to try encourage compliance: “Those charities not paying the levy need to reflect on the fact that they are not contributing to the costs of fundraising regulation … They benefit from the goodwill of the charities paying the levy,” it told ArtsProfessional.

“The alternative is statutory regulation and a statutory levy, so the levy is not optional.”

A spokesperson for the Fundraising Regulator said its communications to charities have “regularly and consistently referenced that the levy is not statutory”, pointing to one page of its website that says that the levy is “a voluntary contribution”.

ArtsProfessional found two more explicit references to the levy’s voluntary nature on the regulator’s website, but other pages say charities are “asked to pay” or will be “charged” according to the payment scale. Information provided on the changes to the levy does not say that payment is voluntary, and nor do any of the monthly newsletters issued by the authority since the new bands were announced in March.

This approach appears to conflict with the regulator’s own Code of Fundraising Practice, which says that charities’ fundraising materials “must not mislead anyone, or be likely to mislead anyone, either by being inaccurate or ambiguous or by exaggerating details”.

But the regulator does not believe it is being misleading: “We have made it clear that the success of self-regulation depends on all charities demonstrating their support for high standards of fundraising by paying the levy,” it says.

More than 1500 charities contributed about £1.87m via the fundraising levy in 2017/18, the latest year for which financial records are available.

This was 93% of the £2.03m invoiced to charities that year, as about 100 organisations declined to pay: “We remain committed to convincing this small minority that it is to their advantage to support the voluntary system of regulation,” a statement from Fundraising Regulator Chief Executive Gerald Oppenheim said.

Charities that pay the levy can use the Fundraising Regulator’s badge of approval. Research from the authority indicates that 60% of people have greater trust in fundraisers once they learn of the regulator and its code. However, just 7% of the population are aware of the authority’s existence.

A spokesperson for the Regulator noted that the Government has been “clear that this [is] the last chance for charities to support and fund a system of self-regulation of fundraising” and that the levy will be enforced by law if self-regulation fails.

ArtsProfessional contacted several charities that do not pay the levy. Of those, Whitechapel Gallery responded to say it “will not be submitting the voluntary levy” this year.