Treasury assurances are doing little to ease concerns, as grants are blocked and funding rounds postponed following the Brexit vote. 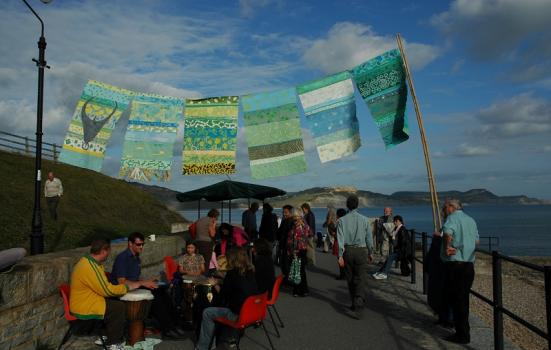 Mixed messages from Government about the payment of European funding are forcing some arts organisations to put their plans on hold.

Organisations that were told before the referendum that a Brexit vote would have no impact on their funding applications are now experiencing delays.

Last week Chief Secretary to the Treasury David Gauke reassured organisations fearing for the future of multi-year projects funded by European Structural and Investment Funds (ESIF), such as the European Social Fund (ESF) and the European Regional Development Fund (ERDF), both of which benefit arts organisations.

The Treasury has said such projects will continue to be fully funded, even if they extend beyond the UK’s departure from the EU. But this promise applies only to projects that are signed before the forthcoming Autumn Statement.

Major capital projects that have been funded by ESIF in the past include the revamp of Liverpool’s award-winning Everyman Theatre, the building of TR2, the Theatre Royal Plymouth’s production and education centre, and Live Theatre’s brand new Live Works development in Newcastle.

Gauke also addressed fears that UK-based organisations are no longer suitable partners for EU funded multi-year projects, such as Creative Europe. In a published letter to Brexit Minister David Davis, Gauke said: “The Commission have made it clear that the referendum result changes nothing about eligibility for these funds. The Treasury will underwrite the payment of such awards, even when specific projects continue beyond the UK’s departure from the EU.”

There is, however, expected to be a delay in releasing the next call for funding applications and the deadlines for the Culture sub-programme of Creative Europe are expected to be postponed.

Among those left in limbo by post-referendum uncertainty is The Arts Development Company (TADC), a community interest company comprising former members of the Dorset County Council Arts Development Team. It is due to have a £482k grant from Arts Council England’s (ACE) Creative Local Growth fund matched by the ERDF, to support a proposed £1m programme of work developing cultural tourism, outdoor events, visual arts and enterprise development in Bournemouth, Dorset and Poole – the biggest infrastructure boost in the county’s history.

TADC’s plans have been given the go-ahead by the Dorset LEP, and the Department for Communities and Local Government (DCLG), which is responsible for distributing ERDF grants, is aware of that decision. But TADC Director Mike Hoskin has been told that the Treasury has blocked the release of the money, and DCLG will therefore not authorise the signing of the contract. In the absence of a signed contract it is not clear whether the Government’s guarantee to honour existing grants will be applied.

ACE has agreed to defer the start date of its award to TADC until such time as the ERDF money is released. But in the meantime, the organisation’s plans are on hold.

Hoskin explained: “We have already made staff appointments to deliver the new programme, which will double the size of our team. But these contracts all depend on funding and can’t begin until it is clear that the money will be released. Two of our existing staff will see their roles change, but they cannot start the new work yet; and a short term contract issued to a project leader to kick-start the programme has come to an end, and that person has now found other work and will not be in a position to continue when the funding is made available.

“It’s all very frustrating. It’s also ironic that TADC was supported by the Cabinet Office to become independent from the local authority to enable us to access new forms of funding.”

Among others in the process of applying for European structural funding is Creative Kernow, which supports the production, promotion and distribution of work by creative practitioners in Cornwall. Due to the level of local deprivation, projects in the county are eligible for higher levels of ERDF funding, as well as ESF funding.

CEO Ross Williams told AP: “We submitted an outline funding application in March and a detailed proposal in July, and we’re being encouraged to press ahead with our application. We are hoping to receive an offer letter next month, and that the Treasury’s reassurances will apply to us.”

ACE Director of Strategy Richard Russell has published a blog explaining the Treasury’s guarantee on EU funding and looking at the future implications of Brexit.

In the event of organisations losing their European match funding, ACE’s grant offers will be treated on a case-by-case basis. A spokesperson told AP: “A loss of funding from the ESIF would be handled in the exact same way as a loss of funding from another source, such as a local authority. Where there may be a significant risk to an organisation, we would take that into account.”

ACE is currently analysing responses to its survey assessing arts and culture sector views on the potential impact of the referendum. It will be publishing a report in September which will “form the basis for close engagement with the government during negotiations to leave the EU”.