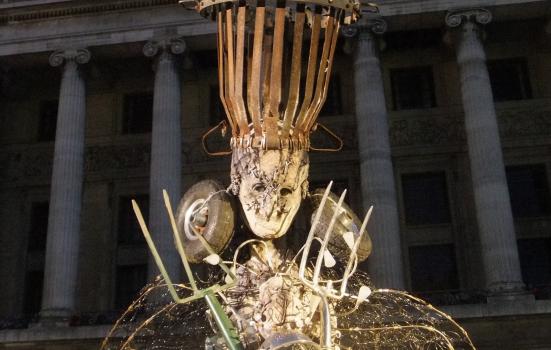 The UK should aim to stay part of Creative Europe and keep participating in the European Capital of Culture programme after it leaves the European Union, arts leaders have said.

A new report summarising the sector’s views on the challenges posed by Brexit is calling for the UK Government to quantify the benefits that the creative industries currently receive from EU funding sources and ensure these are maintained.

The report, published yesterday, presents the views of around 500 contributors at 11 meetings held by the Creative Industries Federation (CIF) across the country, as well as a survey of its members.

It also calls on the UK Government to retain tariff-free access to the EU market for goods and services, and ensure ease of movement between the UK and EU countries for time-limited work, such as concert and theatre tours.

According to the report, Creative Europe – the European Commission’s €1.46bn culture and audiovisual programme – grants more funding to the UK than any other country except Germany.

It says: “EU funding is valued by recipients not only for the money, but also for the way such schemes promote working relationships between partners, building networks and export opportunities, which can be very important for smaller creative business.”

The report recommends that the UK looks to maintain participation in Creative Europe, alongside other non-EU partners. If this is not possible it says “equivalent funding” should be allocated for similar purposes within the UK.

The creative industries are identified as “a massive opportunity for the UK government”. Launching the report, CIF Chief Executive John Kampfner, said: “The challenge is to seize the opportunity sectors in the British economy and prioritise them in future trade deals and in the new industrial strategy.”

The Government should use Brexit as an opportunity to tackle some existing problems, the report says. It recommends ‘rebooting’ education and training to address skills shortages in the creative industries, and creating a visa system that is “fit for the 21st century”, enabling arts and cultural organisations to easily work with talent from around the world.

This point is supported by the Director of Tate Sir Nicholas Serota, who said: “The success of Tate in recent years has depended very much on our ability to employ people from across the EU at all levels of the Gallery. For us, this is an essential ingredient in creating one of the world's great galleries.”

The report also calls for Government to commit to making strong protection of intellectual property rights a red line in future bilateral trade agreements, and to engage proactively with ongoing negotiations on the Digital Single Market.

The findings of the CIF report are supported by a second report on the impact of Brexit, published this month by Arts Quarter. It presents the views of over 400 arts professionals who responded to an online survey.

The report identifies the key considerations for the UK Government as it prepares for Brexit as retaining freedom of movement and the right for EU citizens to live and work in the UK, access to the single market, and access to EU-funding sources.

It also highlights concerns about a drop in fundraising and earned revenues in the arts “as businesses hold back from investing, consumer confidence falls away and the investment portfolios of grant makers are impacted by the falling value of the pound, cuts in interest rates and falling stock values”.

Comparing the findings of this survey with the findings of its Revenue Generation in the Arts Survey, published in February, it found “a significant decline in projected growth reported across all areas [of] fundraising activity”.

Respondents to the survey also identified opportunities presented by Brexit, including the chance to more easily engage with non-EU artists and collaborators, and commercial opportunities to present work overseas arising out of the drop in the value of the sterling.