More than one in five Creative Industries Federation members say they would consider moving their business abroad if the UK and the EU reach no favourable trade deal. 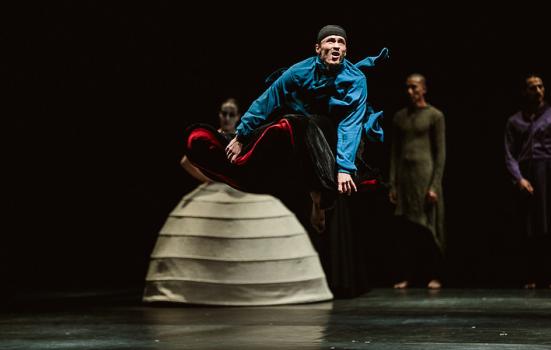 Creative organisations have expressed “deep concerns” about the prospects of a post-Brexit future, with some suggesting an unfavourable trade environment may cause them to leave the country.

A new report by the Creative Industries Federation (CIF) finds almost 80% of its members are “not confident” that Britain will maintain its leading reputation after the country leaves the European Union, 40% believe a ‘no deal’ outcome would harm their business’ ability to export, and 21% may consider relocating should no deal be reached.

It also urges Government to ensure any new relationships with European Union countries are as free from bureaucracy as possible.

“From Great British Bake Off, to Stormzy, to Shakespeare, British creative exports are an expression of our culture and values and are recognised across the globe,” a CIF spokesperson said.

“As Brexit negotiations continue, the creative industries are being side-lined. The UK’s fastest growing sector of the economy needs to be at the heart of political debate, but government is focusing on financial services and ‘traditional’ trades such as the automotive sector.

“The news is that the UK’s creative industries employ 700,000 more people than the financial services, and is worth £8bn more than the automotive sector.”

The heart of negotiations

CIF’s Global Trade Report, published today, aims to outline the sector’s needs from a deal with the EU, the opportunities offered by new trade agreements, and a vision of what ‘creative’ trade may look like in the future.

It sets out the creative industries’ value to the economy, noting the sector is worth £91.8bn to the economy and accounts for 5.2% of the UK’s goods exports.

The authors urge Government to keep the creative industries “at the heart of negotiations”, to ensure businesses can continue to trade during the implementation period, and to allow the sector to be involved in developing later EU legislation.

The report also says any deal must provide the UK with the “best possible” access to creative workers from the EU, ensure professional equipment is not subject to additional documentation requirements when crossing borders, and guarantee the tariff-free movement of goods imported into the UK from the EU.

It calls for a trade agreement that makes temporary movement easier, given concerns among those working in the performing arts about the movement of talent, props and costumes.

The report also emphasises the value of touring in Europe for some arts organisations: a single performance in the UK by Akram Khan Company was estimated to generate £5k, compared with €20k for one performance in France.

Last week ten All Party Parliamentary Groups came together to discuss how future restrictions on the ease of movement “threatens the success of the creative sector”.

Representatives from groups on dance, music, video games, and craft and design warned visa restrictions could have “disastrous” effects on work opportunities and the UK’s reputation as an open creative hub.

They sent a joint letter to the Home Secretary calling for any new immigration system to allow the best possible access to EU talent, and to let UK creative workers easily tour, perform and exhibit in Europe for short-term projects.

Similarly, a cross-parliamentary select committee report, released last week, called for free movement during any transition period, and for a subsequent visa system to “complement the spontaneity that defines live performance”.

Speaking about the global trade report, John Kampfner, Chief Executive of CIF, said: “Our trade report shows just how crucial the creative industries are to the British economy and also highlights the very real anxiety within the sector about a ‘no deal’ Brexit outcome.

“We urge the government to look at our recommendations and ensure the creative industries are a top priority on its negotiating agenda.”