A cross-party select committee has called for continued membership of Creative Europe post-Brexit and argues for free movement during any transition period. 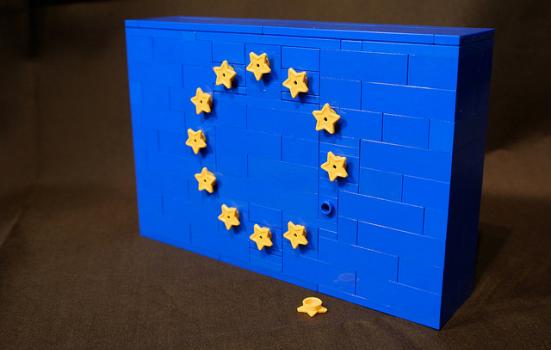 The Government must make an “honest assessment” of the likely impacts on finances and workforces of creative organisations following the UK’s departure from the European Union, then outline how any lost funds will be replaced, an influential group of MPs has concluded.

In a new report, a cross-party committee has called for free movement to be maintained during any transition period, and recognised the need for a visa system that “complements the spontaneity that defines live performance”.

The second report on the potential impact of Brexit by the House of Commons DCMS Committee, warns salary levels are a “crude proxy” for value in the current visa system. It echoes comments made by the Creative Industries Federation, which has repeatedly warned about the lack of a direct link between talent and earning potential in the sector.

“We recommend that the Government explores ways in which commercial value, and value to specific sectors of the economy, can be factored into the UK’s post-Brexit immigration system.”

Alongside arguing for free movement of people to be maintained during a transition period, the report says that if the visa system is to change an “intensive and detailed process of consultation” will be needed.

It also warns against “foisting additional bureaucracy” on the creative industries, saying small and medium-sized enterprises will “not have the capacity” to manage such a system.

The report concludes neither the UK nor EU member states will benefit from the UK’s departure from Creative Europe, urging Government to make ongoing participation an objective of Brexit negotiations.

Support for continued participation in the programme is wide-ranging. Arts organisations will be able to apply to the €1.46bn culture programme until December 2020 – following a financial settlement reached by the UK and the EU in December – but participation after 2021 remains unclear.

The report calls on Government to map all EU funding streams that support tourism
and creative projects, directly or indirectly, including those not dedicated to this purpose. It should then identify the streams that will need to be replaced and commit funding to cover these costs.

The report is damning about the Government’s heavily criticised Brexit impact assessments, calling the decision to withhold the views shared by the sector “unsatisfactory”.

“We cannot understand why setting out of the views of businesses and industry in the public domain – as we do here in this report – should be so controversial and we call on the Government to publish all the ‘Sector Views’, in the public interest, without delay.”

Commenting on the report, Deborah Annetts, Chief Executive of the ISM, said: “Post-Brexit, creatives want to continue to play their part in the UK’s future prosperity. To do this, they need flexible travel to EU as multi-page visa documents and tax forms are not compatible with the nature of their short-notice, freelance work.

“As we continue our discussions with ministers and civil servants, we hope the Government will take note of DCMS’s important report.”