Delivering schemes that close the gap in arts engagement to reach under-represented groups will be the Government’s priority for culture. 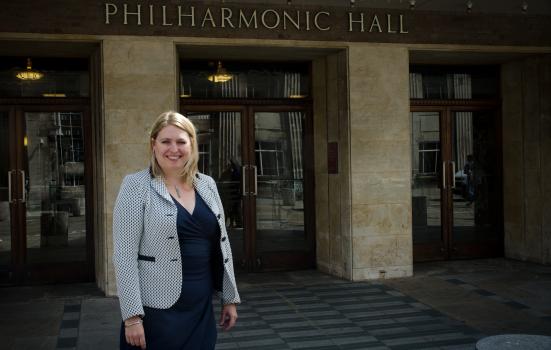 Culture Secretary Karen Bradley has used her maiden speech to endorse plans put forward in the Culture White Paper to increase access to arts and culture.

Bradley’s speech, delivered at Liverpool’s Philharmonic Hall, began by noting the “striking” statistics on the economic weight of the DCMS sectors, but she went on to say that “everything DCMS covers has a value that goes beyond the economic.” The benefits, she said “must be available to everyone, not the preserve of a privileged few”.

During the speech she announced the launch of a pilot of the Cultural Citizens Programme, first announced by David Cameron in January this year and subsequently included in the Culture White Paper. According to Bradley, the pilot Programme will give 600 disadvantaged young people “fun experiences that increase confidence and lead to permanent engagement” with the arts. It may also be incorporated into the National Citizen Service scheme, with the aim of embedding culture into everyday life.

Arts Council England (ACE) will be leading the Programme, which will start next month, targeting disadvantaged communities where fewer people currently visit museums, galleries or the theatre. In the first instance £450k from its grant in aid budget will be shared between three pilot areas. In Liverpool and Blackpool, and Barking and Dagenham, activities will be delivered by partnerships led by ACE Bridge organisations Curious Minds and A New Direction. In Birmingham the lead partner is Kids in Museums.

The young people on the Cultural Citizens Programme will be offered a range of cultural activities including free visits to local plays, behind the scenes access to museums and galleries, and trips to world class venues. Opportunities for participation will encourage them to build new skills, such as learning to use social media accounts or being tour guides. They will also be encouraged to work towards an Arts Award qualification.