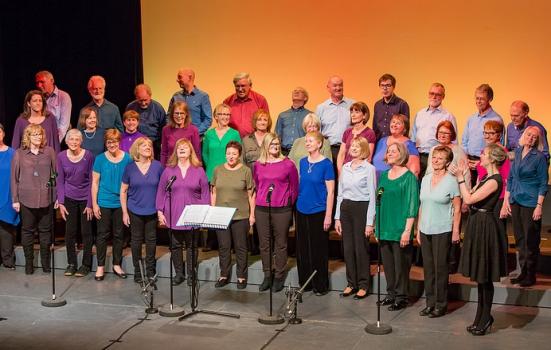 Doctors across the country are being supported to prescribe arts activities like drama, creative reading and group singing instead of anti-depressants, through a new multi-million-pound Government scheme.

The £4.5m fund will be divided between projects in 23 areas in England, with a particular focus on people who are at risk of social isolation, are impacted by health inequalities, or have complex needs. It will also aim to support the sharing of learning between GP clinics and increase the capacity for doctors to connect with and evaluate services offered by voluntary and community providers.

The prescription of these activities, which could also include walking clubs or gardening, will aim both to improve patients’ quality of life and reduce demand on NHS services.

“The voluntary and community sector has such a vital role to play in working with our health system to provide the kind of support that you can’t receive at your local GP surgery or hospital,” said Care Minister Caroline Dinenage.

“This new funding will mean that many more people receive support that looks at their needs holistically, enabling them to live happier, more independent lives. I look forward to seeing these projects put their plans into action and provide support to hundreds of thousands more people.”

The scheme, announced by Health Secretary Matt Hancock – who was Culture Secretary until this month – comes as new research by The Times finds that 7.3m people were given at least one prescription for antidepressants last year, including more than 70,000 people under the age of 18.

It also coincides with a new “nationally representative” study commissioned by Aesop , which finds that two-thirds of GPs believe engagement with the arts can make a significant contribution towards preventing ill health, and 44% agree that arts-based interventions are a cost-effective way of delivering primary care.

Each area in the scheme will receive between £70k and £300k to “extend existing social prescribing schemes or establish new ones”. In some locations, the funding will be used to conduct evaluations or create a customised database to make social prescribing easier.

The projects will be entirely funded through the scheme in their first year. The Department of Health said that additional joint funding from local commissioners will be agreed for the following two years.

The development of social prescribing has been influenced by a growing body of research, including recent findings that artistic activity may be the most effective solution to challenges such as post-natal depression, and more effective than standard NHS falls programmes for older people. A cross-party parliamentary inquiry last year concluded it was “time to recognise the powerful contribution the arts can make to health and wellbeing”.

Earlier this year, building on a manifesto for social prescribing by one Cheshire-based healthcare provider, 27 National Health Service organisations across Cheshire and Merseyside committed to developing a social prescription plan. One NHS official promised it would be implemented across the region within one year.

Since taking up his new position, Hancock has been quick to make clear his commitment to social prescribing. Last week he said that reducing the “over-prescription of unsophisticated drugs” in favour of “approaches like social prescribing which address someone’s physical and mental well-being” was one of his key priorities.

The initiative was welcomed by the chair of the All Party Parliamentary Group for Arts, Health and Wellbeing, Ed Vaizey, who praised Hancock’s “innovative thinking” on Twitter.

Lizzie Glithero-West, Chief Executive of the Heritage Alliance, tweeted that her organisation had contacted the Health Secretary regarding a report it is currently writing on heritage and health.

The health sector also expressed its support for the scheme. Catherine McClennan, the NHS Executive whose Women's and Children’s Services Partnership has been instrumental in developing the social prescription plan for Cheshire and Merseyside, described the announcement as “clear validation for our pioneering work in embracing a range of cultural resources and interventions to improve maternity and children’s services”.

She continued: “This can only support and catalyse the healthcare sector to capitalise on the substantial evidence base reflecting the value of arts and cultural interventions for both building wellbeing and driving recovery; as well as supporting illness and disease management.”

Jon Develing, another senior NHS executive in the region, added that stronger partnerships with voluntary organisations are key to delivering a “sustainable NHS”.

Chief Executive of charity Arts & Mind Gavin Clayton stressed the announcement was a “sea change in terms of investing in preventative models of practice”.

But he expressed caution about the potential for a single fund to address ongoing structural challenges. “I’m just wondering how that money is going to create system change for the voluntary sector organisations in partnership with the health sector,” he added.