A survey of 1,000 doctors also reveals a widespread belief that arts-based interventions can help deliver primary care to the public. 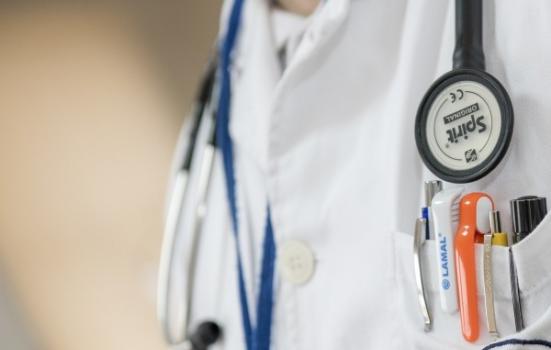 Two in three GPs believe that engagement with the arts can help prevent ill health, according to new research.

A nationally representative survey of 1,000 GPs, commissioned by arts and health charity Aesop, found that 66% agreed with the view that “public engagement with the arts can make a significant contribution to the prevention agenda (i.e. preventing ill health among the public).”

62% also agreed that arts-based interventions can make a “significant contribution” to improving the health and wellbeing of the NHS workforce.

Although a higher proportion of GPs (44%) agree with the idea that arts-based interventions can be a cost-effective way to deliver primary care than oppose it (29%),  there is not majority support for this view. Almost three in 10 said they are unsure. Researchers said could be an “opportunity for Aesop to inform GPs of the research and work they have done in this area”.

Aesop’s dance-based falls prevention initiative, which was recently expanded with £2.3m in investment, is one of several programmes which suggest that arts activities can be more effective than traditional medical solutions to treating ill health.

The research comes as arts and health collaborations become increasingly widespread and increasingly mainstream. 27 healthcare providers across the North West committed to developing a cultural prescription plan for new and expectant mothers earlier this year, and last month Health Secretary Matt Hancock announced £4.5m in funding to develop social prescription across the country.

Researchers at the University of Glasgow, who studied a social prescribing scheme in the city in 2014, have expressed caution about the potential for collaborations between arts and healthcare bodies to achieve public health goals “without [first] tackling funding issues”.

Commenting on the results, Tim Joss, Chief Executive and Founder of Aesop, said: “A year ago, an All Party Parliamentary Group for Arts, Health and Wellbeing report acknowledged that ‘the United Kingdom is still very far from realising more than a small modicum of the potential contribution of the arts to health and wellbeing’. This survey fuels Aesop’s determination to achieve a breakthrough: working with the health and arts sectors to create national arts programmes which can improve the health of the nation and the NHS workforce."

Dr Michael Dixon, Chair of the College of Medicine and former President of NHS Clinical Commissioners, added: “This study is dramatic proof that most GPs recognise the potential of the arts to provide health benefits and healing for their patients. Its implications are clear – we need to make arts interventions much more available.

“The NHS needs to reach beyond its conventional medical box and now regard arts interventions as mainstream.”