Cultural sector to ACE: we need support, not measurement

A report commissioned by Arts Council England finds that two-thirds of the sector want the body to advocate its value to central government, but only a minority think it should be measuring quality. 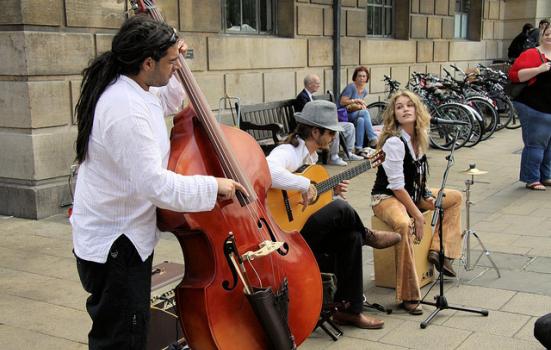 Dave Catchpole on VisualHunt.com / CC BY

The priorities that the cultural sector want Arts Council England (ACE) to address over the next ten years have been laid out in a new report, Arts Council England: The Conversation, following a consultation by the funder. It reveals a desire for ACE to advocate more strongly for culture, while finding low levels of support for quality measurement.

67% of cultural sector organisations agreed that ACE should “represent the role and value of the sector to central Government”, when asked about what the body’s purpose should be beyond funding.

In contrast, only 29% said that the arts council should “evaluate the quality of what the individuals and organisations it funds deliver”.

The report was compiled by the agency Britain Thinks to inform the development of ACE’s strategy for 2020-2030. It is based on online surveys of the public and the cultural sector, as well as an online conversation forum and deliberative workshops.

It says that the arts, museums and libraries are recognised among the public and the cultural sector as “having a valuable role to play”, both in terms of experiences and wider societal benefits.

“However, the sector and the public feel that more needs to be done to communicate their value and relevance,” it added.

One online contributor from the sector commented: “ACE should be taking a much stronger line to convince all elected people, local and national, of the importance of the arts, particularly in education - skills, confidence, well-being, enjoyment, employability, imagination, etc.”

The report said that this support did not need to be limited to funded organisations, stressing that ACE “could be the force that unites and speaks on behalf of the sector as a whole, strengthening its voice and role in the sector.”

Another online contributor said: “There is a role I believe in making the case for the arts above and beyond the immediate direct work of the funded organisations.”

Other roles that the sector would like ACE to fulfil include supporting professional development and facilitating collaboration. 61% of respondents from the sector said that ACE should “support the development of a skilled future workforce for the sector” and 60% said the body should “develop networks between arts, museums and libraries to facilitate collaboration”.

Some respondents also suggested that ACE could provide more general support for the sector on ad-hoc issues.

One contributor to a workshop said: “I'm wondering if ACE should be more of a 'go-to' organisation (whether you're funded by them or not [we have occasional project funding]), to help address issues which arise under the 'umbrella' of its interests, i.e. arts, libraries and museums.”

Quality measurement “may be challenging”

The report notes that “quality can be a thorny issue for the sector, and we heard some debate about the extent to which the Arts Council is best placed to judge excellence in the sector.”

“Some note that the Arts Council has limited resources, and, given the size and breadth of the sector, it may be challenging for the Arts Council to make quality judgements across the entirety of provision,” it continued.

The report says that many in the sector believe that ACE can promote excellence through practical measures such as the Creative People and Places scheme, and by supporting the touring of arts, museums and libraries across the country.

The report also commented that ACE’s broad remit, including museums and libraries as well as a “vast range” of arts activities, was not well understood by the public, potentially hampering accessibility.

The authors say that the public tend to define the arts “through a fairly tight prism” focusing on artforms such as classical music, ballet and opera, and therefore “underplaying the potential role of the sector in people’s lives”.

One sector contributor said: “[The] snag...is that when you ask people – especially children and young people – what they understand arts and culture to mean, it bears little resemblance to the ACE definition.”

The report suggests that using the term “culture” could help facilitate more cross-sector working, and is perceived by the public to be “more approachable and inclusive”.

Widespread support was expressed for engaging diverse audiences, and the report says “almost unanimously, the public and the sector wish to see arts, museums and libraries actively trying to engage individuals from all backgrounds”.

It also noted a desire to see diversity in broader terms than ethnicity and gender.

“Social background and income levels come through particularly strongly, in both the online conversation and workshops, as a dimension which the public and the sector feel should be a priority group among which to encourage participation”, it says.

Libraries are seen as the most accessible cultural form by the public, with 83% of English adults agreeing that these are currently accessible to anyone, whoever they are. Three quarters of people (75%) believe this about museums, and only half (53%) think it applies to the arts.

The challenge of engaging younger audiences was also noted. The authors said that most workshop participants aged between 16 and 24 “tended to see arts, museums and libraries as ‘uncool’ and not how they want to spend time with their friends”.

The report stresses the importance of early engagement with the arts, but say that both the public and the sector think that changes to the education system have built new barriers to this. “Of all the educational changes, the English Baccalaureate was reported as presenting the greatest threat,” say the authors.

The public see the arts and culture as being beneficial to society. Four in five (79%) think that the arts are important to wider society, and nine in ten (89%) believe this applies to both museums and libraries.

But the public’s view of what these benefits are differs from opinion within the sector. The biggest benefits of the arts are seen within the sector to be “inspiring new ideas and fresh impacts that have a wider impact” (79%) and “improving people’s health and wellbeing” (56%). But the public are most likely to see the benefits as being “providing entertainment” (47%) and “educating children and young people” (29%).

Alongside this opinion report, ACE’s new strategy will be informed by a range of other research including an evidence review, a “horizon scan” of opportunities for experimentation and innovation by Nesta, and four pieces of work exploring the views of children and young people. The strategy is due to be published in autumn next year.