Warning over misuse of creative apprenticeships

Using apprenticeships to take on graduates employers would hire anyway is putting diversity at risk, an expert has cautioned. 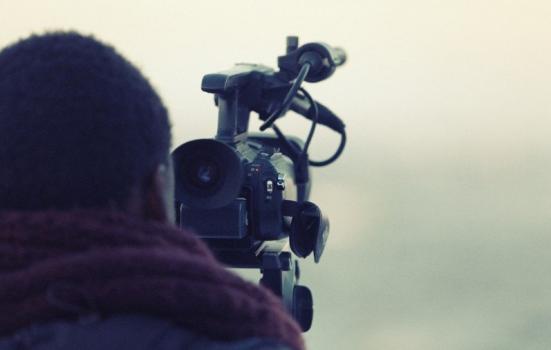 Some creative employers are using apprenticeships to hire graduates they would have taken on anyway, risking restricting diversity, a policy expert has warned.

Sara Whybrew, Director of Policy and Development at the charity Creative & Cultural Skills, said parts of the creative sector were using the apprenticeship levy to take on graduates they would ordinarily look to hire, and not necessarily to broaden the range of talent. “The risk is that it perpetuates the lack of diversity that we already have in our sector,” she said.

Her comments come after a report by the think tank EDSK found half of all apprenticeships in England started since the introduction in April 2017 of the government’s apprenticeship levy - a 0.5% tax on employers with an annual pay bill in excess of £3m - were “fake apprenticeships”. It suggested there was a lack of a “rigorous definition” of an apprenticeship and some employers were exploiting the weakness.

The EDSK identified three categories of “fake apprenticeships”, which together have received more than £1.2bn of levy funding. These were low-skill and generic roles such as shop checkout work; management training and professional courses; and bachelor’s degrees and master’s-level programmes including those for a broadcast and media systems engineer and an architect.

“The latest data also shows that 46% of ‘apprentices’ have been with their employer for at least six months before they started their training,” the report said. “In other words, the bulk of the levy is being spent on existing adult workers instead of supporting young people into the workplace.”

Whybrew said that, “if used appropriately, there shouldn’t be any problem with using an apprenticeship to train an existing employee to undertake a brand new role”. But she said an apprenticeship “should never be used to train someone to do a job they are already doing”.

EDSK found there had been a drop in the number of people taking apprentices following the introduction of the levy, from 564,800 in the 12 months before the levy, compared with 364,000 the following year.

EDSK also noted a shift to higher levels of training: the proportion of apprenticeships at levels 4 to 7 (equivalent to the first year of university to masters level) has grown by more than 9 percentage points since the introduction of the levy, while that at level 2 (equivalent to GCSEs) has fallen by nearly 15 percentage points.

No shift in culture

Department for Education (DfE) figures show there were 375,760 apprenticeship starts in 2017/18 and 393,380 in 2018/19. In the crafts, creative arts and design sector there were 760 and 780 starts respectively, not including apprenticeships for generic occupations such as customer service and administration.

Whybrew said there had not been a “cultural shift” and that the sector still prioritised the recruitment of graduates. “The sector hasn’t fully embraced apprenticeships as a way to train people for our workforce,” she said.

Responding to the EDSK report, a DfE spokesperson said: “Our reforms mean apprenticeships are better quality, lasting for a minimum of 12 months with at least 20% off the job training. In 2017 we introduced legislation so training cannot be called an apprenticeship unless it meets those basic criteria and the minimum quality requirements set by us.

"The Institute for Apprenticeships and Technical Education approves all apprenticeship standards to ensure they meet high-quality requirements.”

Creative & Cultural Skills would like to clarify that they champion the use of apprenticeships and other alternative routes into the workforce as a way to support a more diverse range of candidates to pursue work in the sector. They provide direct support to employers to promote the use of fair and equal approaches to recruitment. The comments expressed above should not be interpreted as criticism of the positive way that most in the sector have used the apprenticeship route to date.

I found this report really interesting, thanks for highlighting it. There’s references throughout to the funding bands benefiting employers, who are able to ‘draw down’ the money. On page 27 the report says employer representatives were not happy to see funding bands reduced. I’d be interested to know who/why, as the funding bands as I see it don’t affect the employer at all. The price negotiation mentioned here just doesn’t happen - the max funding permissible is simply taken on as the price set by the learning provider (I have not yet come across an example where this is not the case) and I’m surprised this is not mentioned in the report. For employers the price is almost irrelevant as it is money that can’t be spent any other way. You’re absolutely right that existing courses are being labelled as apprenticeships to access the funding. I was interested too in the point that apprenticeships should only be for young people. I am not sure I agree, particularly where many entry level roles are not highly skilled and when our working lives are so much longer. Why not allow people the opportunity to change career by learning on the job? I appreciate the point about the disproportionate spend on existing highly skilled workers but I don’t agree limiting apprenticeships to an age range would be fair. I agree with Sara’s comment about not embracing apprenticeships as a way to train the workforce - although I guess there would be very few arts apprenticeships at all if the recommendations of this report are upheld. Many many roles in the arts are either entry level roles (I’m thinking of a great number of my first jobs here from moving kit to cosmetic wall repair in a gallery to ticket checking) that this report defines as too low skilled to be apprenticeships, or are short term contracts that can’t meet the time qualification requirements (e.g. you might be a highly skilled technician on tour but the show only lasts a short while). Surely therefore only the large producing houses or commercial design studios where a role might exist for a longer period of time can offer any volume of apprenticeships - is that what’s intended by this report? If only extremely few arts apprenticeships can exist then we are left with the current alternative of university education which is already over represented and plays into the idea of the arts only being for an elite as you reported the Arts Council saying this week.