An impact analysis commissioned by London's mayor shows the country could lose up to £3.3bn in growth by 2030 if no long-term or transitional deal is put in place. 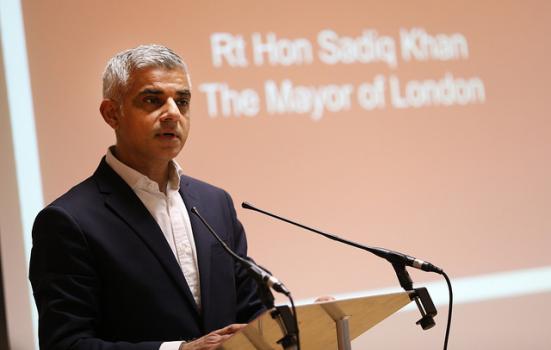 27,000 creative industries jobs and billions of pounds of growth are “under threat” due to the prospect of a no-deal hard Brexit, London Mayor Sadiq Khan has warned.

A report by Cambridge Econometrics, published yesterday, also suggests a hard Brexit would affect the capital’s reputation as a “global capital of culture” by limiting the potential for London to attract a high-calibre workforce. It notes 9% of employees in the arts and entertainment sectors were born in the European Economic Area.

“The thing that gives London its creative edge are the people who power the industry – talented, dynamic individuals who have chosen to make London their home and contribute to the life and soul of the city,” said Justine Simons, Deputy Mayor for Culture and the Creative Industries.

“The Government must do everything it can to ensure the capital remains an attractive place for creatives to put down roots.”

She continued: “This means ensuring the capital doesn’t lose talent to other European cities, and safeguarding our deep and longstanding trade relations with the EU.”

The report predicts changes in employment and growth for key sectors of the economy across five scenarios, which model for whether the UK remains in the single market, in the customs union, secures a transition deal, or achieves a preferable trade agreement with the EU.

“In total, creative industries across the country stand to lose up to £3.3bn and 27,000 jobs as a result of a no-deal hard Brexit,” a spokesperson for the Mayor said.

Failure to remain in the single market and customs union from 2019 is predicted to cut creative sector growth by between 0.9% and 2.3% by 2030. Similarly, employment is expected to fall by between 0.7% and 1.8%.

The report also anticipates difficulties in replacing current EU funding streams, such as Creative Europe, which it recognises has supported 230 UK cultural and creative organisations and audio-visual companies during its first two years.

“The UK’s loss of access to these EU funds may reduce the amount of long-term funding available to the UK’s creative industries, as it is unlikely that the UK government will be able to replace these,” the authors write.

“This puts future inward investment at risk and is reflected in the investment assumptions above, where creative and cultural industries… are assumed to see large decreases in investment.”

Khan announced his intention to produce the analysis in December, following a wave of derision directed at the Government and Brexit Secretary David Davis over an initial failure to release a series of ‘sector analysis’ reports.

When it was eventually published, the Government’s analysis was met with further scorn, with the Creative Industries Federation (CIF) pointing out “major oversights”.

Commenting on Khan’s new analysis, CIF praised the report for acknowledging the danger posed by Brexit to the creative industries, but warned the report did not go far enough.

A spokesperson pointed out that half of London’s creative workers are employed as freelancers, with many moving across the world for short-term projects like touring performances. “We must ensure our future relationship with the EU allows the very best talent to work both here and abroad,” they said.

“We must also make sure that rules on areas such as broadcasting and intellectual property allow us to build on the current levels of trade and investment we enjoy with the EU.”

Thursday, 09 April 2020
Audio description charity VocalEyes is inviting users of this technology to tell them what the characteristics of a "perfect audio description system" would be. Different systems are currently used... read more

Thursday, 09 April 2020
The Government has indicated that it will enable theatres and other cultural venues to keep Gift Aid on payments made for events cancelled due to coronavirus. The Charity Tax Group and others... read more
(UK Fundraising)