Two reports commissioned by Arts Council England found that cost and lack of confidence are major barriers to youth engagement. 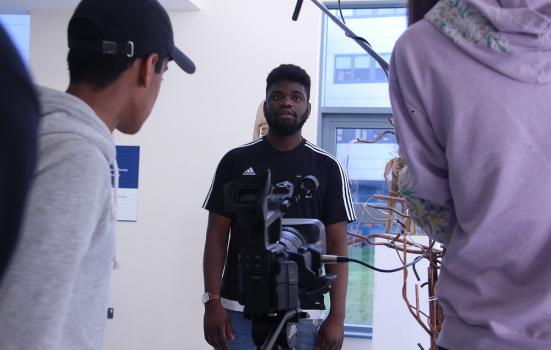 Barriers relating to social class have been identified as key factors holding back young people from engaging with the arts.

Cost and a lack of confidence were two of the most significant reasons given by young people for not engaging with arts and culture.

Similar findings are reported in two separate research projects commissioned by Arts Council England (ACE), which will feed into the development of its next ten-year strategy.

A survey by ART31, a network of arts groups for young people facilitated by the University of Kent, found anxiety to be the biggest barrier of all among young people aged 10 and 25. Its report says: “It seems likely that this is related to joining a new group or attending a new venue, but it may also be about fear of failure.”

When barriers to participation were raised in workshop discussions with young people, ART31 said “the majority of the answers received were related to anxiety, embarrassment and shyness.”

Feeling under-confident and shy in new situations is also identified as “a genuine issue for many young people” by music charity Sound Connections in its report on research among a similar age group. The report comments: “A large number of responses referred to stress, nerves or social anxiety as key barriers.”

Some who identified stress as a barrier directly related this to pressure of school exams, while others spoke of responsibilities such as looking after siblings and commitments to other out-of-school activities such as sport.

Cost emerges clearly as another barrier to taking part in arts activities. ART31 found that this “leads to young people only participating in the arts when they are at school or on school trips.”

Ticket prices, the cost of participating in a workshop and travel expenses are also reported as barriers by Sound Connections.

These financial and confidence barriers were often found to be rooted in young people’s social background.

The young people from less privileged backgrounds tended not to have been to a museum, theatre or art gallery outside of the setting of a school trip, citing lack of money.

In stark contrast, the young people from more privileged backgrounds had attended “theatre shows like The Lion King with their family, museums in London in their own time and lessons including music, dance and acting.”

Both reports noted that the influence of parents and schools were an important factor in determining whether young people committed time to arts activities.

“Similarly, if schools enforce the perception that arts are not academic, young people’s confidence and willingness to participate is dramatically affected.  With influential individuals reinforcing the idea that ‘you’re not good enough’ and ‘it’s not possible’, young people are lacking confidence to [try] new things.

“Wider societal perception of some art forms, and a lack of visible arts in certain communities, reinforces the impression that arts are not widely accepted,” added the report.

ART31 is holding a launch event for its research on 3 September at the Gulbenkian arts centre at the University of Kent. Contact hello@art31.co.uk