Circus sector doubles in size while missing out on funding

Circus is booming, but EU research says the sector is “severely lacking knowledge” about funding opportunities. 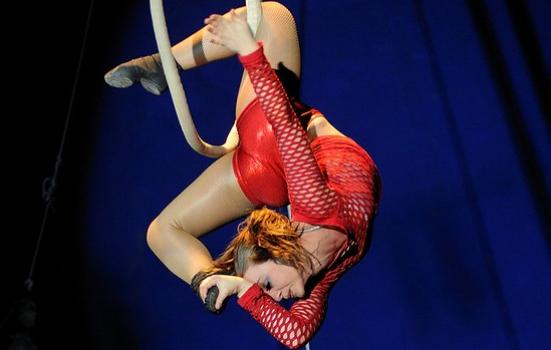 A performer in Zippo's Circus in 2010
Photo:

Circus organisations across Europe have doubled in number over the past two decades while “not taking full advantage of the funding opportunities that are available”, according to a new report from the European Commission.

Despite this, the artform has grown remarkably. The report says there are currently between 1600 and 2100 circus companies registered in EU countries – up from about 780 in 2003. In the UK alone there are roughly 500 circus professionals and 50 circus companies, double their number 15 years earlier.

The research also found that the circus sector is “severely lacking knowledge” on the funding options available and policymakers should consider simplifying application processes, “given the very large number of very small companies active in the sector which have less resources and different needs”.

It says that while more must be done to encourage circus organisations’ participation in Creative Europe, the European Commission’s cultural and creative programme, the sector shows great potential for innovation as it contends with competition from digital forms of entertainment and evolving human and animal rights legislation.

The new report acknowledges “several barriers that limit participation” in funding programmes, including a lack of micro-funding opportunities, language skills at some smaller companies and the administrative burden of applying.

“There are strong views on the amount of administrative work that is required in submitting a proposal … This is even more dominant among small circus organisations as they cannot afford the cost of applying (both in terms of time and money) compared to big organisations.”

Creative Europe and its sister programme Erasmus have contributed €20.7m to 397 circus-related projects since 2014 but these are mostly initiatives in which circus is “used as a tool for social issues, rather than being focused on circus as an artform in itself”.

German, French, Spanish, Belgian and Italian circus organisations make much more use of EU funding opportunities than the UK does.

Paul Archer, Secretary of the Association of Circus Proprietors of Great Britain, has been involved in traditional circus for 38 years. He believes the quality of circus training in the UK is lower than in the rest of Europe and said there is little UK representation at worldwide circus arts festivals, where most opportunities for work in the sector are found.

Funding for circus is more often directed towards young people’s recreation than professionals’ development, he said: “I’m disappointed in the facilities that are available if you want to have a professional career.

“If the government thinks the product [of circus funding] is people taking up employment then I think they’re deluded.

About a third of European circus professionals received an unemployment benefit at some point in 2018, according to the commission’s research.

It says that “the precariousness of working in the circus sector goes beyond being related to working in a position of self-employment” because the associated “physical, artistic and physiological challenges are high”.

In spite of this, many in the sector have positive expectations for the future. Half of the companies surveyed expected audiences for circus to grow in 2019 and 43% expected an increase in their income.