Arts organisations must be allowed to die, report claims

A new report on resilience in the arts encourages a shift in thinking from individual sustainability to the health of a sector as a whole. 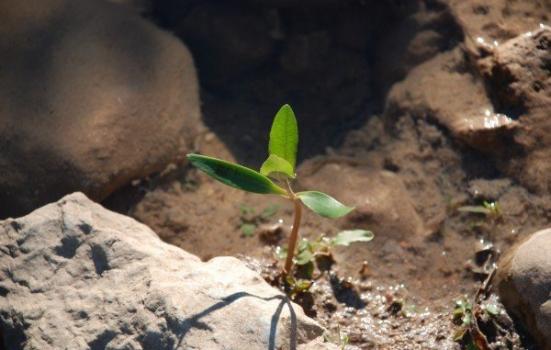 While Arts Council England’s interventions generally focus on the survival of organisations, it may be more valuable for them to think about the sustainability of the arts sector overall, a new report examining ‘resilience’ in the arts sector has concluded.

“For the sector as a whole to be resilient, all the organisations within it do not necessarily need to survive in their current form… a more resilient sector might allow more organisations to come to a natural end”, it says.

Similarly, it concludes that sustainable growth is not the right goal for all arts organisations, and in some cases sustainability may be better achieved through an increased focus and “doing less, but doing it better”.

These conclusions emerge from ‘What is Resilience Anyway?’, a new study commissioned by Arts Council England from Golant Media Ventures and The Audience Agency.

A cycle of “birth, death and transformation” is something that arts organisations should become more comfortable with, it finds, though such an approach is likely to face resistance in the sector.

Former Arts Minister Ed Vaizey told an audience last year that he was “only ever asked for more money” when in office.

“The view seemed to be a simple one: no museum or library must ever close, no performing arts organisations must ever be shut down – if it was funded once, it must be funded forever,” he said. “All must stay the same.”

The new study, said to be the first substantive piece of research on resilience published by ACE since 2010, involved experts, academics and practitioners in the sector. The findings are drawn from a wide range of sources, including a literature review, interviews and over 1,000 responses to a survey.

The research set out to discover how the concept of resilience is understood in the arts sector, and by funders and policymakers. It also sought to explore how organisations are responding to a need to become more resilient, and to identify opportunities to develop the sector’s resilience in the future.

The highest proportion of those surveyed (31%) defined resilience as being “open and responsive to change, flexible, adaptable”. Other common answers included “planning, preparing and anticipating”; and “having multiple or alternative funding sources and income streams”.

The report stresses that an ability to ‘bounce forward’ and focus on medium- to long-term goals is important for arts organisations, rather than short-term adaptation to shocks, such as cost-cutting in response to funding cuts.

“Resilience is about evolution, adaptation and transformation, new horizons rather than fixed solutions,” the report reads.

“Efficiencies and cost-cutting often threaten the diversity and redundancy that support resilience, and a narrow focus on the present endangers the development of the broader capacities necessary to take advantage of the unknown opportunities of the future.”

The report outlines a baseline for a healthy and resilient organisation, namely healthy assets, a sound business model, and the ability to invest in new products and services.

It says the idea of seeking profit remains alien to the sector’s culture, and the organisations researchers spoke to were anxious about the possibility of funders withdrawing grants from commercially successful organisations.

To address this, it suggests removing the presumptions against profit and commercial exploitation in funding guidance. It takes issue with an “unhelpful ambiguity” about whether outputs or assets created through funded projects are covered by the requirement not to profit financially from those projects.

Similarly, the report finds the austerity narrative over the last 10 years, and a “strong and automatic” association between resilience and cuts, risks leaders missing out on opportunities whilst focusing on reductions in funding.

Patrick Towell, Innovation Director at The Audience Agency and one of the report’s co-authors, said diversification of income streams is one of the keys to resilience.

“If your organisation is dependent on one or two very large sources of revenue, it is at risk. Resilience is about having a hybrid business model that allows you to weather the storm – whether that be changes in the economy, meaning people can buy less from you, or reductions in local or national funding.”

Towell urged funders to “encourage thinking beyond the project” and to “give a long life” to the products, services, exhibitions or plays created through grant funding. He asked whether grants are always the most appropriate mechanism, making a comparison with film finance in which funded organisations are required to commercially exploit the outcomes of their projects to ensure their activities reach as many people as possible.

“It’s about what’s helpful for the whole sector and creates a better outcome for everybody,” he told AP. “Repayable finance is not appropriate for everybody, nor the way all funding should be. It’s about having a greater range of options so you don’t just default to grants,” he said, adding that a scheme that recouped funds could be self-sustaining.

He also noted the importance of resilience on a personal level and the “democratic imperative” to ensure arts workers are properly paid.

“The unintended consequence of relying on people to work for free is that you end up with a lack of diversity.”

In a blog, Francis Runacres, ACE’s Executive Director, Enterprise & Innovation, acknowledges that “resilience is something the sector is doing well” but he also identifies five themes from the report for further consideration.

He notes that there is often an “over-emphasis” on financial measures (such as reserves and net current assets) rather than on a broader range of financial and non-financial resilience indicators, and that organisations must be willing to embrace innovation, accept risk, and see failure as a natural part of a vibrant ecosystem.

Conversations around these issues will be part of ACE’s consultation next month to inform its new ten-year strategy.