The national funder’s latest international strategy sets out ambitions to showcase Wales’ artists on a global stage and use culture to bring communities together. 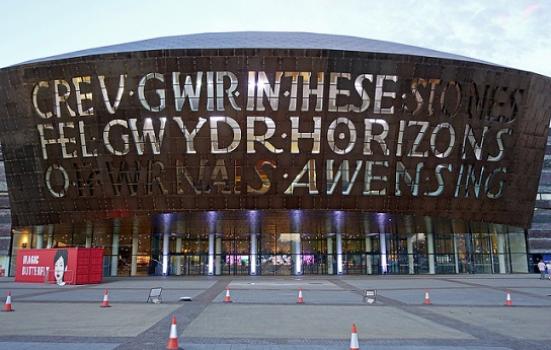 Allie_Caulfield on Visualhunt.com / CC BY

The Arts Council of Wales (ACW) has set out plans to re-define its relationship with Europe after Brexit and work more closely with countries including China, India and Canada.

In its new international strategy, covering the years 2019-24, ACW says it will renew and strengthen relationships with European Union countries by joining key European networks, such as Culture Action Europe and IETM.

The national funder also aims to improve the sustainability of its actions and develop as much work as possible in places “where there is a ‘greater good’ benefit for Wales”.

The strategy has been developed by ACW’s in-house international agency, Wales Arts International.

It sets out the Arts Council’s five key ambitions for international work: giving Welsh culture a bigger international platform; working closely with the Welsh Government on its international ambitions; redefining a relationship with Europe; building “cultural bridges” with international communities in Wales; and providing more information and advice for audiences.

Limited information is given about how such aims will be achieved, but pledges include supporting artists to travel and make new creative connections, investing in projects that connect Wales to international opportunities, and developing Wales Arts International as a trusted and authoritative source of advice on international matters.

Similarly, it says action will be guided by opportunities that place the arts at the centre of the Welsh Government’s strategy and to allow the institution to exercise soft power.

“When the world seems more extreme and intolerant, arts and culture have a fundamental role to play in bridging our cultures and in uniting people – within Wales and with the world beyond,” the document reads.

“This is why working internationally is so important, now more than ever, in developing a dynamic and exciting, open and welcoming country with creativity at its heart.”

A report released last Autumn by British Council Wales found that Wales’ international arts offer was “too quiet – it needs to be clearer and bolder”.

It also found “universal suspicion” among local and international arts experts about political or public sector initiatives to showcase Wales through the arts, preferring instead a greater emphasis on “trusted and respected” vehicles to show Wales’ arts and artists in a more varied context.

The report also stressed “necessary” changes to ACW’s international strategy could not be achieved through “small adjustments to the current system”, saying that one possibility was a new annual or biennial event to attract major promoters into the country and create a strong Welsh presence.

Speaking about the strategy, Phil George, Chair of the Arts Council of Wales, said: “With so many challenges around the globe, navigating our way through stormy seas seems to have become a new norm.

“At such times the arts are vital, shining a searching and illuminating light on the world we live in.”

Nick Capaldi, Chief Executive of ACW, said “forward-looking” relations with Europe are more important than ever in the context of Brexit.

“Cultural exchange broadens our understanding of other people and communities,” he said. “But Wales’s artists are also looking for new opportunities and market places for their work.

“For the Arts Council of Wales this means working closer with other agencies in the broader cultural sector as well as increased cooperation with the British Council, relevant UK Government departments and agencies responsible for culture, foreign policy, trade and industry.”