The Theatre in England research will report on the theatre ecology across the commercial and not-for-profit sectors in preparation for Arts Council England’s 2018 funding round. 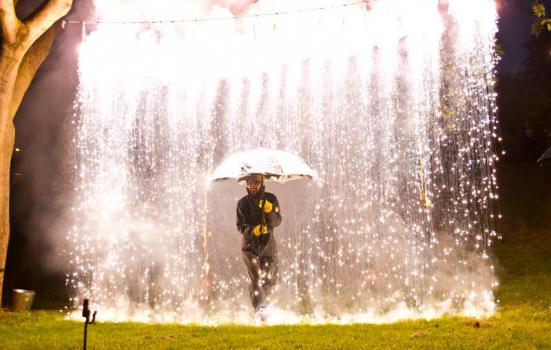 A root and branch investigation of theatre production, presentation, and audience demand in England will provide an overview that Arts Council England (ACE) will use to inform decisions on how it will “continue to support theatre effectively and intelligently from 2018.” Prompted by “increasing funding challenges, together with the changing nature of the artform and its audiences” the ‘Theatre in England’ research is being commissioned to examine both funded and non-funded theatre, in both the commercial and not-for-profit sectors, and to look at the interdependencies between the publicly funded and commercial sectors as well as connections with other artforms and the wider creative industries. ACE describes the purpose of the research as to “better understand the impact of the organisations we fund and the theatre landscape in its entirety… [and] ensure that we have a current understanding of the role and impact of public investment”, including the impact on artist development, audience engagement and audience growth.

The research will gather information across the whole sector, covering the range of ways in which artists are making work and audiences are engaging with it. Examples given include the rise of immersive and site-specific theatre, major festivals having significant theatre (and dance) strands in their programmes, the influence of technology on the making of and interaction with theatre, and the rise of event cinema such as NT Live and Digital Theatre.

Excluding Lottery-funded Grants for the Arts and theatre produced or presented at festivals or arts centres – which are mainly classified as Combined Arts – ACE spends about 30% of its budget for National Portfolio Organisations (NPOs) on theatre, worth around £300m for the 2015-18 period. The impact of that investment on audiences will now be examined, because although theatre-going in London is buoyant – the 2012/13 London Theatre Report reported 22 million theatre attendances at London theatres and 241 professional theatre spaces, which is growing – these are not trends that are replicated outside central London. ACE’s briefing notes comment: “…we have witnessed a number of theatres admitted to our Financial Intervention Process (which provides financial and specialist support for organisations experiencing financial difficulty). In addition we know that arts organisations outside the capital are being impacted by the financial squeeze on local authorities and they are not able to benefit from corporate and philanthropic monies to the extent that some organisations in the capital can. In this changing context we want to ensure that we are investing fruitfully in a 21st century theatre industry and that it is delivering for both artists and audiences.”

The research project is being put out to tender and consultants will be appointed to conduct the review, which will rely mainly on secondary data. As well as mapping audience data across the country against geography and population, they will look for “hot and cold spots in terms of production and investment” by examining where theatre is being produced; what is being produced, toured, and distributed; and the factors that affect demand for it, including trends in audience taste and consumption. A comparative cost profile of producing theatres will be undertaken, though the project will not focus on understanding or improving the ‘resilience’ of the sector or of particular organisations.

Towards the end of the project, key players in theatre will take part in discussions and interviews to consider what the findings imply for how public investment might best support theatre-makers.