The launch of a joint £1.4m fund comes months after the South Korean Culture Minister was arrested for blocking 10,000 artists from accessing funding. 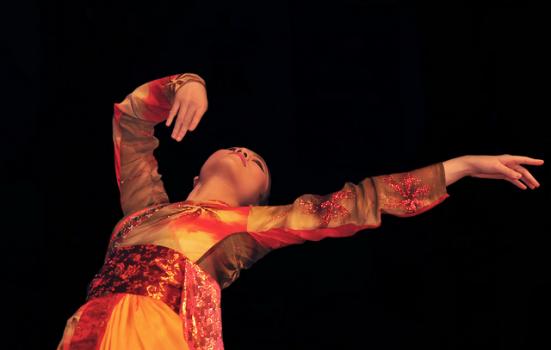 Arts Council England (ACE) has cemented its relationship with Arts Council Korea (ARKO) amidst the fall-out from a censorship scandal, which saw the South Korea’s Culture Minister arrested and the Ministry announce plans for an ‘anti-blacklist’ bill.

The two organisations have joined forces to award £1.4m through a joint fund supporting collaborative arts projects in the two countries. 21 visual and performing arts projects will share the new fund, with some collaborations scheduled to begin in March, and others anticipating longer term collaboration.

“As well as creating a legacy of continuing creative collaboration, exchange and export between England and Korea, this programme will support the presentation of exceptional artistic work in both countries.”

The programme, supported by the British Council in Korea, aims to develop artistic talent and collaboration between artists from the two countries. It is intended to complement the UK-Korea 2017/18 cultural season and will provide residency exchanges for visual artists and opportunities for emerging talents in each country.

News of the new fund comes months after the emergence of an alleged ‘artist blacklist’ engulfed the country in a censorship scandal and a year after ACE and ARKO formalised a joint commitment to culture as an “instrument for integration”.

South Korea’s Culture Minister Choo Yoon-sun resigned after being arrested in January for allegedly creating a list of almost 10,000 South Korean artists and writers who were blocked from receiving funding and placed under state surveillance. The list included those who had criticised the sitting government or voted for the opposition.

Hundreds of artists are now planning to collectively sue the Government.

Allegations that ARKO’s funding list was manipulated to exclude artists critical of the government first emerged in September 2015, prior to ACE entering into a relationship with it. Protests were rallied in October 2016, while some of the UK arts organisations involved in the programme were on research trips in the country, after detailed claims about the blacklist were made during a parliamentary audit of government offices.

Although the South Korean Culture Ministry has announced plans for an ‘anti-blacklist’ bill, it remains unclear how many people, and at which institutions, might have been involved in the creation of the blacklist. ARKO has denied the allegation that it considered political factors in determining the artists it funds.

Impact on the programme

ACE stressed that funding decisions were made by a joint committee, led by the international directors of ACE and ARKO. A spokesperson added: “The decisions were ratified by an oversight committee in Korea and by Dep CEO for Arts and Culture at Arts Council England. The proposals still go through a robust sign-off process.”

They continued: “Artists from England made research trips to Korea during 2016 in which they were free to choose the Korean artists with whom they partnered.

“At no point did ARKO comment on the choice of Korean partners by English artists and organisations.”

Emma Gladstone, Artistic Director of Dance Umbrella – which will be collaborating with dancers Freddie Opoku-Addaie and Kyoung-Shin Kim – told AP she categorically rejected the idea that the blacklist had any interference or influence on the programme.

“As it was openly being discussed, and I felt addressed, and I was not asked by any artists not to meet or programme or present them because of it, it did not influence my research trip out there or discussions with Korean artists since,” she said.

Similarly, Artistic Director of LIFT Mark Ball said: “Whilst we were aware of a deep sense of unrest and unease about President Park’s leadership the artist blacklist issue hadn’t fully emerged when we were there and didn’t therefore impact on the selection we made.”

An ACE spokesperson told AP it fully supports the freedom of artist’s expression and champions diversity in art and culture. “The ability to speak freely and to take risks is something which is integral to artistic practice,” they said.

“The previous existence of an artists’ blacklist in South Korea resulted in the resignation of its Minister for Culture from her post earlier in the year, and the Ministry of Culture has since apologised for its existence.

“The Arts Council of Korea has been open and transparent in its decision-making processes for this fund.”

'Heritage is more than Downton Abbey': RSA and British Council call for 'radical' shake-up of sector

Heritage can grow the UK's post-Covid economy - but only if it starts "telling the stories of more diverse parts of Britain".