As he prepares to step down, Sir Peter Bazalgette has said he’s pleased with NPOs’ progress but that board members need to get more directly involved with fundraising. 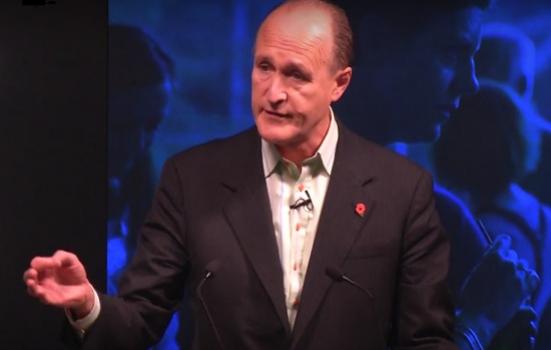 Sir Peter Bazalgette: “We have come a long way in a short time”
Photo:

The outgoing Chair of Arts Council England used his speech to review changes over the past four years of his tenure. He celebrated a growing “entrepreneurial flair” in the sector that has resulted in a boom in supplementary income.

“I’m pleased with the progress that’s been made with income across the National Portfolio,” he said. “We have come a long way in a short time and that should give all of us who work in art and culture confidence.”

He also sent a strong message about the role of board members in arts fundraising. “It’s my personal view that every board member should give something, even if it is just a pound,” he said, “so that they are not asking others to do what they themselves are not.”

An appropriately skilled board is “every bit as important” as a skilled workforce, he added. “There should be a strategic plan for appointments to the board.”

He also spoke of the need for board members to ensure their organisation engages in “ethical sponsorship”. While he assured that “the Arts Council does not dictate policy in sponsorship,” he emphasised the need for “clarity, consistency and transparency”.

He described earned income as “the unsung hero” of the arts success in recent years. Commenting on the achievements of a select 600 National Portfolio Organisations he said they had increased their income by 20% between 2012/13 and 2015/16, largely thanks to a 75% boom in income from ‘supplementary activity’.

He pointed to the examples of Theatre Royal Plymouth increasing income through its catering and retail operations, Lighthouse Brighton offering commercial hires of its city centre premises, and the Baltic in Gateshead opening a shop and online retail business.

“It shows that arts organisations are increasingly run by business-minded leaders who understand that when you run a great business, it’s a lot easier to make great art,” he said.

He admitted that his statistics were “skewed by rich, London organisations,” and said: “We must continue to provide additional investment and support where it is most needed.”

Bazalgette emphasised the importance of public funding for the arts as “a bedrock” of the sector that secures the public’s interest and allows arts organisation to take risks and leverage further investment.

He also spoke of the need for funders to keep supporting the sector to build fundraising and business skills, and to keep making the case for public support, particularly to local authorities.

Bazalgette will step down as Chair of Arts Council England in February 2017 after four years in post. He will be succeeded by the current Director of Tate Galleries, Sir Nicholas Serota.

Friday, 05 June 2020
To keep the sector up-to-date with what others are doing in preparation for the 'new normal', AP has launched a new feature, The Way Forward. Each week we will be keeping our eyes open for the most... read more

Matt Griffiths says the music industry is a top-heavy machine that no longer encourages...